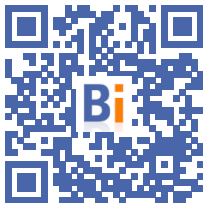 While the current decade is crucial to respond to the climate emergency, the bill “on combating climate change and strengthening resilience to its effects” constitutes an important opportunity to catch up in the years to come. come the delay taken by France in its carbon budgets.

The High Council for the Climate (HCC) is today publishing an opinion, upstream of the legislative process, analyzing the contribution of the bill to the low-carbon transition and the process of assessing the bill with regard to the climate.

In this opinion, the High Council for the Climate examines the scope of the proposed measures with regard to the National Low-Carbon Strategy (SNBC), France's roadmap for reducing its greenhouse gas (GHG) emissions.

The bill emphasizes measures to manage and conduct the low-carbon transition, which should strengthen the consistency of public action with climate objectives, as recommended by the HCC, and facilitate the implementation ambitious measures.

The commitment of these measures to the structural changes necessary for a long-term transition will depend on the concrete actions taken by the State as well as by the local authorities and will require monitoring.

The bill includes numerous measures aimed at mitigating GHG emissions. Most of the twenty-one measures quantified by the impact study have a limited potential effect on the level of emissions, either because of their limited scope of application or the lengthy implementation deadlines.

The examination of the text by the Parliament should make it possible to strengthen the measures adopted in the broader approach of the decarbonisation strategy. Particular attention should be paid to the schedule for implementing actions in order to keep up with the expected rate of decline from 2024 and the carbon budget for the 2024-2028 period. The effectiveness of these measures will also depend on the implementing texts to be adopted subsequently by the government.

On the other hand, the HCC analyzed the quality of the impact study accompanying the bill. The latter goes further in the assessment of articles with regard to the climate than those of previous bills because it refers to the SNBC, which is a positive development.

Nonetheless, the HCC regrets the lack of methodological transparency and synthesis allowing it to express itself on the expected overall impact of the measures proposed on the trajectory for reducing GHG emissions, as well as the lack of discussion of the strategic added value. of the proposed reforms. The impact study should be updated once the law is promulgated in order to guide the preparation of implementing decrees.

In order to guarantee the achievement of climate objectives in France, the monitoring and evaluation mechanism must be included in the law, and its management within the government's overall strategy must be strengthened.