The heat pump in its heyday 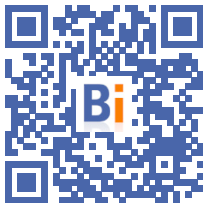 The heat pump, an old process of taking calories from the air or the ground to heat buildings, is experiencing renewed interest, driven by politicians to reduce our dependence on fossil fuels.

The International Energy Agency (IEA) itself sees it as "a critical technology for decarbonizing heating". To achieve carbon neutrality in 2050, the world should go from 190 million units today to 600 million by 2030, covering 20% ​​of heat needs, she recommends.

So, do we have a miracle solution here?

How does it works?

"It's not a miracle, but thermodynamics using available and free calories," says David Bonnet, of the French Association for Heat Pumps (Afpac).

These calories are recovered from the ground (surface geothermal energy), groundwater, or the outside air, transported via refrigerants. A compressor raises their temperature level to then transfer them to the building's heating circuit.

Almost all of this equipment runs on electricity.

A distinction is made between air-water heat pumps, for standard radiators or underfloor heating-cooling. And the air-air version, which transmits heat through a ventilation system; reversible, it can refresh.

The process, developed by an American in the 1930s, flourished in the United States after the war, for hot and cold.

The sector in France is delighted to see its time come, because "the environment is becoming everyone's concern and we understand that fossil fuels will be more expensive".

The last few years have been flourishing. France now has 5 million heat pumps, including more than a million sold in 2021, according to Afpac.

It had started timidly with the oil shock, says David Bonnet, who built in 1975 in France the first machine resulting from a patent from General Electric.

But demand has long stagnated, varying according to fuel prices, aid, promotional operations attempted by EDF, also suffering from unreliable players attracted by the windfall effect.

Ultimately, the three national manufacturers were bought out by foreign brands. It is only in recent years that the country has seen factories return, assembling machines with more or less hexagonal components.

The sector would see itself accelerating, particularly in collective housing, in a country that is rather favorable to electricity and as permitted by the latest regulations on new constructions.

Their "great asset is to exploit the thermal inertia of the subsoil, at around 10-15°C all year round (...) This also allows cooling in summer without contributing to urban heat islands", points out Ms. Genthon, adding that this option offers better performance than an air-draining heat pump, especially in very cold weather.

For Ademe, "for the heating of buildings, the idea is to study the best sources available according to the local context", summarizes Ms. Genthon, "by favoring connection to a heating network, then recovery heat (for example on waste-to-energy units), geothermal energy and finally wood energy".

The obstacles to the CAP, the sector sees them above all in the integration of external elements on the building, and sometimes the time taken to make certain projects profitable. The majority of heat pumps are also equipped with auxiliary heating, sometimes including the parallel maintenance of oil-fired boilers, admits Mr. Bonnet.

With the rise in the price of electricity, Julien Guillemoto, a nurse in Isère, is now using a wood stove.

But he remains happy with his heat pump, which has paid for itself in five years. "It's better to have a well-insulated house," he says. It also took him some time to learn: "At first I was aiming for 20°C, it was too hot. We finally settled on 17°C. And I added a layer of tiling on the heated floor ".