The health of working-class neighborhoods, an issue of urban renewal 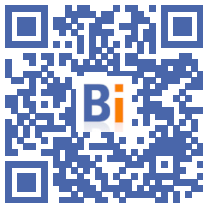 Less noise and pollution, more sport and doctors: urban renewal professionals are increasingly encouraged to promote the health of residents, even in the development of the city.

By presenting Monday, September 12 the "Resilient neighborhoods" approach which aims to promote the adaptation of working-class neighborhoods to global warming, the Minister Delegate for the City and Housing Olivier Klein also mentioned the consideration of health.

"A resilient neighborhood is also a neighborhood that helps its inhabitants to stay healthy, that fights against pollution, that allows physical activity, that promises the practice of sports for everyone, little girls and little boys. up to the seniors," he said.

At the National Days of the National Agency for Urban Renewal (Anru) in Paris, a workshop was devoted to "urban planning favorable to health".

"The Covid precipitated (this awareness), with an extraordinary number of deaths in priority neighborhoods", explained Luc Ginot, public health director at the Ile-de-France Regional Health Agency.

Because the inhabitants of priority neighborhoods are on average in poorer health than the others.

According to the latest Health and Social Protection Survey, which dates back to 2014, they were less likely to declare a good state of health in general than the rest of the population (54% against 69%).

They were also more frequently overweight or obese, and more likely to have given up treatment during the year for financial reasons (40% against 26% outside priority neighbourhoods).

And yet, the problem is still little taken into account in urban renewal, deplores Alain Gaulon, confederal secretary of the National Confederation of Housing (CNL), which represents tenants of social housing. "Every time I see an Anru project, we always talk about shops, possibly public services if we are in a city that is attached to it, but health is not taken into account."

"There are levers that will be in the area of ​​the development of public spaces, how we work on acoustic comfort, the urban heat island", says Stéphanie Gaucher, urban architect at Inddigo, who works with ANRU on ecological transition.

For example, in Pierrefitte-sur-Seine (Seine-Saint-Denis), the crux of the problem is the very busy national road 1, which crosses the Joncherolles-Fauvettes district, whose inhabitants suffer from noise and pollution.

"It has been shown that noise, especially at night, generates sleep complications, creates fatigue and mental disorders in the long term", explains Colin Debroise, urban renewal project manager at the Plaine Commune intermunicipal authority, of which Pierrefitte is a part.

Urban renewal will therefore consist of "developing the green spaces present in the district, rethinking the question of the sound insulation of equipment and housing that will be along the RN1, improving the ventilation of housing that is exposed to pollutants" , he explains.

And also to promote active mobility, with cycling infrastructures, in order to reduce pollution and fight against a sedentary lifestyle.

In Dunkirk (North), an industrial city, in a demolition-reconstruction operation, some buildings will be rebuilt with a slightly different orientation, to block the winds loaded with polluting particles and prevent them from entering the district.

There remains the challenge of healing: attracting doctors.

"We can make premises, but premises are only relevant when there is a health project, with professionals", fears Gilles Leproust, president of the association of elected officials Ville et Banlieue and mayor ( PCF) of Allonnes (Sarthe).

However, "there is a shortage of general practitioners". And attracting doctors to working-class neighborhoods who will be lacking elsewhere would amount, he says, to "undressing Jacques to dress Paul".