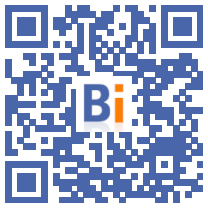 The health crisis has been a "catalyst" for the brakes on the retraining of the least qualified employees, according to the Center for Studies and Research on Qualifications (Céreq).

In a study published on Monday, Céreq notes that the least qualified employees "formulate more often than the more qualified categories the wish to change profession", but "they have less access to training, and have more difficulty in carrying out their project of conversion".

The health crisis, from this point of view, acted as "a catalyst for the already known obstacles to retraining". “By reinforcing the situations of uncertainty and distended social ties, the crisis has made it even more difficult to concretize and carry out projects”, estimates Céreq.

The study is based on data from the Impact survey (Impact of the health crisis on Mobility, Projects, Professional Aspirations, Skills and Work), carried out by Céreq between March and May 2021.

"Between giving up and continuing at all costs": a more qualitative part of the survey made it possible to identify "four typical situations".

The crisis could have been a brake on retraining, reinforcing the primacy given to "job security with regard to the realization of professional retraining projects deemed risky".

It could have led to a postponement with the "put on hold" of the project "due to the instability limiting the prospects for professional development in the short term".

The crisis could be perceived as an "opportunity" with more availability linked to partial unemployment, the free time released becoming "a facilitator of access to training".

Finally, it was able to allow the continuation of the project: "the period of confinement was used to finalize the training", even if "the sudden transition to distance learning courses was also a destabilizing factor".