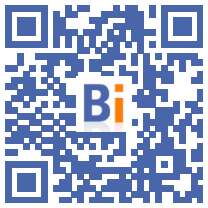 It only took a few months: the ephemeral Grand Palais, emerging in the shape of a white cross on the lawn of the Champ de Mars, is now fully ready to host fairs and exhibitions and then in 2024, the Olympic Games.

Very close to the Military School which overhangs it by 16 meters and in the perspective of the Eiffel Tower in the distance, this clear structure of 10.000 m2, creation of the architect Jean-Michel Wilmotte, will be inaugurated on June 12.

Made of spruce wood, the curvaceous building reproduces the shape of the Grand Palais, which is now closed on the other side of the Seine, on a smaller scale. It replaces it during its renovation, that is to say three years.

A new nave had to be invented to host the International Contemporary Art Fair (FIAC), the Chanel parades, the Saut Hermès (show jumping) and other prestigious events.

Covered with a transparent polymer canvas, the ephemeral Grand Palais, "is like a UFO that would have landed on the Champ de Mars. It is aerial architecture", summarizes the president of the Meeting of National Museums (RMN) -Grand Palais, Chris Dercon.

The entrance is through a glass hall where the facade of the Military School is reflected and which includes the renovated statue of Marshal Joffre. Then opens a nave on the asphalt floor, with a midnight blue vault. No pole breaks the space of 51 m wide and 33 m deep.

Above, six layers of sound insulation form an acoustic cushion.

The organizing committee of the "Paris 2024" Olympics has planned to install stands there from July 2023 to accommodate the following year 8.000 spectators for the wrestling and judo events.

But a time of cohabitation between the organization of the Olympics and the events organized by the Grand Palais is envisaged.

"We are in the process of seeing under what conditions we could stay until spring 2024, when we have committed to reopen the Grand Palais", explains Emmanuel Marcovitch, Deputy Director General of the RMN.

"Here, at night, the trees, the buildings, the illuminated Eiffel Tower enter through the picture windows. It's almost like a vampire palace!", Chris Dercon welcomes this "dialogue with everything that is happening around" and also "with all the past" of two centuries of industrial fairs in this place.

For its large bay window to the north, Wilmotte chose the same curvature as the rounding under the Eiffel Tower. And "the light makes the junction between Trocadéro, Eiffel Tower, Ecole Militaire. We have not broken the perspective", he underlines.

The play of reflections even superimposes the Eiffel Tower and the Ecole Militaire in a new and surprising way.

Jean-Michel Wilmotte defends an "eco-responsible" project: "Spruce is a breeding wood. In the whole of the European forest, this site corresponds to an hour and a half of growth, it is very symbolic!".

The polymer is mineral source, generating 90% less energy in manufacturing compared to glass, and fully recyclable. The electricity supplied is guaranteed to be of 100% renewable origin.

In September 2024, dismantling will begin. "The building was made to be sold in pieces", explains the architect. Five main pieces that can be reused, rebuilt elsewhere. Text messages of proposals are already reaching the architect.

The site was entrusted to the company GL Events. Its cost is 40 million euros. An amount that will be covered, it is assured, by rental income received by the Rmn-Grand Palais and contributions from the "Paris 2024" Organizing Committee.