The government will propose a one-year postponement of the rise in the GNR, according to professionals 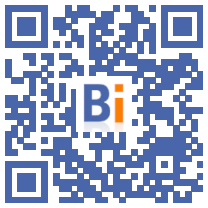 The government will propose the extension for one more year of the reduced rates of non-road diesel (GNR), which were to end on January 1, 2023 for building and public works companies, professionals indicated on Friday June 17. AFP.

An increase in non-road diesel - via the abolition of a tax advantage - was to take place on January 1, 2023. But last March, the Ministry of Economy and Finance stressed that the conditions were "no longer met" for implement this increase "taking into account the increase in prices", and that it would be up to "parliament to establish a timetable during the next finance law".

On Friday, a telephone meeting was held between the cabinet of the Ministry of Energy Transition and the employers' organizations of the sectors using the GNR, in particular the construction industry, indicated representatives of these professions.

"The Ministry of Energy Transition will propose in the next amending finance law (following the legislative elections, editor's note) the extension of the reduced rates for the GNR to January 1, 2024", indicated in a press release the organization CNATP ( public works and landscaping artisans).

The French Building Federation (FFB) also informed AFP of the announcement by the ministry "of the postponement of the entry into force" of the measures "to January 1, 2024".

"With the somewhat complicated economic situation, the rise in prices, the idea was to say: + this is not the time, we are pushing back for a year +. The GNR will remain at a reduced rate at least until January 1, 2024 , it is almost agreed to discuss it again next year depending on the situation. Afterwards, the proposal must be validated by the new deputies, "said David Lemaire, secretary general of the CNATP.

Measures to support household purchasing power in the face of inflation must be ratified after the legislative elections in two pieces of legislation, including an amending finance law.