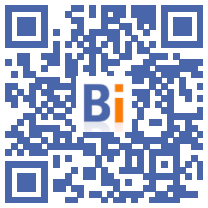 The National Assembly adopted on the night of Friday to Saturday a government device to facilitate and "accelerate the installation of electric vehicle charging stations" in condominium buildings.

The idea is to propose an alternative financing mechanism according to which only "the users of the infrastructures will be responsible for the reimbursement of the terminals", also co-financed by the operator of the electricity distribution network.

The objective is to offer an alternative to the current legislation to remove the "brakes" to the installation of terminals, indicated the Minister of Ecological Transition Barbara Pompili during the first reading examination of the climate bill.

The installation of terminals in building car parks is often contested by co-owners who do not intend to acquire electric vehicles and do not wish to participate in the remainder of the work.

The government also wants to "facilitate decision-making in condominiums", for the installation of these terminals, "by passing a simple majority" in a general assembly of co-owners.

In the opposition, Martial Saddier (LR), "not against the principle", however underlined that this amendment "completely and completely upsets the installation, the financing methods and the technical dimensioning of the electrical connections of the condominiums, of the buildings of France". "It's a revolution in condominiums," he said.