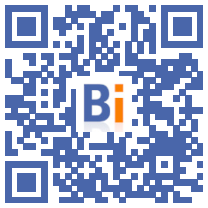 The government is working on MaPrimeAdapt ', a unified aid for adapting housing to aging, on the same model as MaPrimeRénov' for energy renovations, said Minister for Housing Emmanuelle Wargon on Thursday.

"We want to initiate this at the beginning of 2022, a bit like on the subject of energy renovation. Before, we had several devices seeking to fulfill the same objective, that is to say to support adaptation to aging," said Ms. Wargon. on the occasion of the restitution of a citizen consultation and a series of round tables on the theme "Living in France Tomorrow".

The objective is to "unify" the existing aid in order to simplify the process, she added.

MaPrimeAdapt 'should be cumulative with MaPrimeRénov', an aid calculated on the basis of income and the ecological gain from the work carried out, and for which an envelope of two billion euros has been announced for 2022.

In a report submitted to the government in May, Luc Broussy, a specialist in the economics of seniors, proposed 80 measures to support aging without necessarily resorting to nursing homes, including the creation of a single aid for housing adaptation work (showers walk-in, handrails, handles, etc.)

Prime Minister Jean Castex then instructed Brigitte Bourguignon, Minister Delegate in charge of Autonomy, and Emmanuel Wargon to work on the subject.

The latter said Thursday that the device would be specified in January, but that it would take "a few months, with successive stages", for it to become widespread and "find its audience".

The Minister also clarified a little more the criteria of the future "Pinel +" device.

The current "Pinel" device allows tax advantages for the purchaser of a new home, on condition that he rents it while respecting a maximum level of rent.

If he wishes to keep these advantages, the purchaser must ensure that the accommodation has a minimum surface area (fixed according to the number of rooms), a private outdoor space and a double orientation for the housing units. 'at least three pieces, announced the minister on Thursday.

Ms. Wargon will propose a decree in the coming days, which will then be submitted for consultation for implementation in 2023.