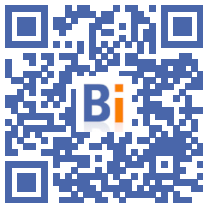 A unique platform and network of advisers, an identified aid for the most modest households: the government unveils a simplified device for energy renovations of individuals in order to better support them.

More "readability" and "simplicity", this is the objective of the overhaul of the device, says the Ministry of Housing.

Minister Emmanuelle Wargon will be in the Loiret on Friday to present the new "unique public service" intended to "guide the French in their energy renovation work", called France Rénov '.

This will take the form, from January 1, 2022, of an internet platform (france-renov.gouv.fr) and a unique telephone number (0.808.800.700), as well as a unified network of advice spaces spread throughout France.

The latter will be based on the current network of some 450 counters run by Anah (National Housing Agency) and "will continue to grow in connection with local communities and with the funding of the program of economic certificates of 'energy ", underlines the ministry.

From next year also, those interested will be able to be followed, from the inventory to the reception of the works, by a "Rénov 'guide" to "meet the demand of households who, too often, do not know where to go. who turn to obtain neutral responses and who fear abusive practices and embezzlement, "said the ministry in the press kit.

Initially, they will be agents from Anah and the FAIRE network (Facilitate, Support and Inform in Energy Renovation) coordinated by Ademe (Ecological Transition Agency). Then in the second part of the year, the function will open up to third parties from the private sector, whose activity will be framed by a decree expected next spring.

From 2022, aid will also be stepped up. The government had already announced that a new envelope of two billion euros would be devoted to MaPrimeRénov ', a device for which 500.000 applications were submitted in 2021.

"MaPrimRénov 'Sérénité" will replace the "Better living" program for the most modest households, to capitalize on the "brand" now well identified by the French. The main target is the 4,8 million "thermal strainers", housing "largely" occupied by the poorest.

To tackle these poorly rated private homes in the next ten years, "each year, 290.000 single-family homes and 9.500 condominiums should be treated," notes the ministry.

The creation of the "Renovation advance loan" is also planned to finance the remainder of the renovation work, with a guarantee provided by the State for the most modest households.