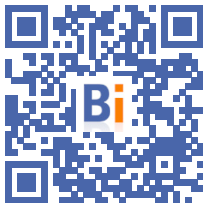 The government has decided to set up mediation for companies throughout the construction chain to ease tensions created by raw material supply problems, the Ministry of the Economy announced on Thursday.

Led by the Minister for SMEs, Alain Griset, this mediation aims to "identify possible abusive behavior, secure supplies as well as business activity", Bercy said in a statement.

A first meeting will be held by the end of May, with stakeholders in the sector, the business mediator and the ministry.

This announcement comes at a time when the building sector is suffering from a sharp rise in the prices of raw materials, such as lumber, aluminum or steel.

In particular, a recovery in activity, particularly in China and the United States, much faster than expected by the suppliers of these materials, and which is leading to shortages all over the world.

"Difficulties in the supply of materials and equipment (...) have already been felt for several weeks and (...) are likely to increase", indicated at the end of April the Confederation of Crafts and Small Building Enterprises (Capeb).

Consequence: relations between industry players are strained, with longer delivery times, in addition to price increases.

For the government, the stake is also not to slow down the economic recovery, while the building is one of the engines of the way out of the crisis and part of the recovery plan is based on projects in housing, in particular for thermal renovation.

The FFB welcomes the announcements of the ministry

The FFB welcomes the announcements from the Ministry of the Economy, Finance and Recovery, which respond to its alerts repeated since the end of 2020, following the shock observed on the prices of construction materials.

By recommending the freezing of penalties for delay on public contracts in the event of proven supply difficulties, this communication sends a strong signal which should make it possible to avoid a weakening of the sector, because artisans and entrepreneurs suffer this situation without being able to to anticipate.

By recalling that public contracts of more than three months must necessarily provide for price indexation mechanisms, the government confirms that construction sites require a large share of raw materials subject to changes in world prices.

By installing a national sector mediation, the government is opening up the possibility of a more in-depth exchange between actors, so as to restore confidence which is crumbling with the lengthening of this crisis.

For Olivier Salleron, the president of the FFB, “These announcements are a real first step forward on a subject of serious concern for the coming months. It remains to ensure that they are effectively taken into account in public contracts and the impact they may also have on private markets. It also remains to find solutions for current markets, when they are suffering from a price shock that is totally unpredictable but without major supply problems. In addition, the FFB reiterates its request for 100% coverage of the partial unemployment of companions for lack of materials ”.