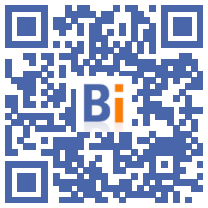 With the announced but gradual lifting of restrictions in May, the government is working to end little by little "whatever the cost" and on Thursday put forward some ideas during a meeting with the social partners, vigilant on the end of public support.

"We do not want that after a period of protection, there is suddenly a brutal thaw which results in tens of thousands of bankruptcies", assured the Minister of the Economy Bruno Le Maire during a press briefing at the end of this meeting.

The government's slogan to land the massive support put in place since the start of the crisis will be "progressivity" and "readability", he insisted.

The health and economic crisis has already cost 158 ​​billion euros to the state last year (in support spending and lost revenue) and the government expects to have to spend another 56 billion euros on measures emergency this year.

But the rise of vaccination and the resumption of activity, even partial, in sectors that are closed today, should make it possible to reduce state support in the coming months.

"There is nothing abnormal in removing the infusions but it will be necessary to be quite fine", underlines Jean-François Foucard (CFE-CGC) because, as Yves Veyrier (FO) sums it up, "it is easier to entering aid systems rather than leaving them without losing the objectives in terms of employment ".

Companies need this "visibility which allows to build the resumption of activity with a base of confidence, knowing that we will not let them go and that the safety nets will be there" for some time yet, insisted Dominique Métayer, the president of the Union of local businesses (U2P).

The companies "will be able to continue to benefit from the support of the public authorities as long as sanitary rules are imposed on them", assured Bruno the Mayor.

This will be the case in particular for sectors that are still administratively closed or those most affected by the crisis, such as tourism, accommodation and catering, culture, events and sport.

They should thus still be able to benefit for several months from partial exemptions from charges.

Sectors that will remain closed will still have access to the solidarity fund, while for companies that will restart, the government is considering "a declining decline", the terms of which have yet to be refined with the social partners.

The CPME would thus be in favor of "tailor-made according to the loss of turnover", explains Eric Chevée, in charge of social affairs, even if this complicates the allocation of aid compared to a process of degression over the years. months more "automatic".

The government has also decided to extend for six months, until the end of December 2021, access to the loan guaranteed by the State (PGE), in particular to help companies pay their suppliers.

Regarding partial activity, the return to normal will be "with an intermediate step," said Elisabeth Borne.

The Minister of Labor did not detail the figures, but according to Mr. Foucard, for unprotected sectors the remainder, currently 15%, should rise to 25% in June, then to the normal rate of 40% in July. with compensation for the employee then dropping from 84 to 72% of net salary.

For the protected sectors, which are currently fully supported, the development will depend on the pace of lifting of health restrictions. According to Mr. Foucard, the remainder of the charge would rise to 100% in July then 15% in September.

"A return to common law on September 1, it's too early" for sectors that will not regain their level of activity so quickly, said Eric Chevée (CPME).

The government must decide by mid-May, a deadline set by the President of the Republic to reopen the terraces of cafes and restaurants, non-food shops and certain places of culture.