The government maintains significant aid to reach one million apprentices 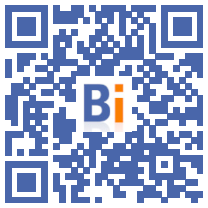 Objective one million apprentices: the government announced Thursday, December 1 the maintenance for 2023 of a significant hiring bonus, of 6.000 euros, with a device which wants to be "more readable" and more favorable to less qualified than previously.

Currently, this aid for hiring work-study trainees - which also concerns young people on professionalization contracts - is 5.000 euros for a minor, 8.000 for an adult, which makes the cost of the first year almost zero for the employer. .

At 6.000 euros for a minor as for an adult, "this remains a very incentive for an adult while being an additional incentive for minors", judged the Minister of Labor Olivier Dussopt during a visit to Paris. a carpentry-cabinetmaker which employs five apprentices out of a workforce of 70 people.

Decided during the Covid to avoid the collapse of hiring, this aid has been extended several times.

According to INSEE, nearly a fifth of net job creations over the past year are due to apprenticeships.

The government wants to maintain this momentum while making it "budgetarily sustainable", commented Mr. Dussopt.

In total, including the financing of the Apprenticeship Training Centers (CFA), the government has planned to reduce by approximately "1,5 billion euros" according to Mr. Dussopt the credits committed for apprenticeship which will however be still "greater than 10 billion".

Its growth is explained both by the 2018 reform (which notably liberalized the opening of training centers and extended apprenticeship to 26-29 year olds) and by hiring bonuses.

But this very strong growth since 2018 has been increased to 75% by training at bac +2 level or more, according to the Ministry of Labor.

Higher education training can indeed be eligible for this hiring bonus, which was not the case before the Covid crisis.

This led the Court of Auditors to denounce in a recent report "windfall effects" in higher education, stressing that from the license, "the added value on professional integration was low" even if that " helped to democratize, professionalize and finance higher education".

It "had to be recalibrated", recently admitted to AFP an employer representative, noting "obviously excesses in higher education".

"Some talk about a windfall effect, cost, but for us it's an investment," replied Mr. Dussopt on Thursday, highlighting "the employment integration rate of 70%" one year after the diploma.

In 2023, the aid will be paid for the first year of execution of the contract to all companies, regardless of "the size and the level of diploma prepared", underlined alongside him the Minister Delegate for Vocational Training Carole Grandjean.

Aid for the second and third year of the contract is abolished.

In agreement with the players in the sector, in order to maintain "an attractive level of assistance at the time of recruitment, everything is focused on the first year", explained Ms. Grandjean.

But the president of the National Association of Apprentices of France (Anaf) Aurélien Cadiou, would have preferred "to return to a system with criteria which depend on the company, that is to say its size or the fact that it needs special help".

In addition, "the government continues to give [significant] aid to companies and at the same time, no work is being done on supporting apprentices" (writing a CV, finding a network, etc.), he said. he regrets.