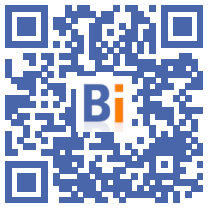 The government will launch Monday, November 28 in Paris the housing component of the National Council for Refoundation (CNR), broad consultation on several major themes desired by Emmanuel Macron.

This Housing CNR, co-hosted by Véronique Bédague, general manager of the promoter Nexity, and Christophe Robert, general delegate of the Abbé Pierre Foundation, will bring together a "sacred union around housing issues", promised the Minister Delegate for the City and at Olivier Klein Housing.

Its objective will be to draw up "operational proposals" and the work carried out will "probably have legislative translations", he assured.

Associations, developers, researchers, social landlords, the Action Logement organization, etc. will be invited to this council, the discussions of which are to extend over three months.

He will answer three main questions: the first, "How to give the French people the power to live again?", centered on the needs of the French with regard to their housing, the debates on which will be guided by the mayor (PS) of Villeurbanne Cédric van Styvendael and the managing director of Emmaüs Habitat, Serge Contat.

The second question will focus on "reconciling the French with the act of building", echoing a repeated request from developers and builders; a discussion led by Catherine Sabbah, general delegate of the Idheal research institute, and the former majority deputy Mickaël Nogal.

The third reflection will be oriented around the ecological and energy transition, and led by the deputy of the majority Marjolaine Meynier-Millefert and the president of the National Council of the Order of Architects Christine Leconte.