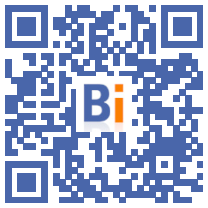 For three in four French people, improving very high speed broadband (THD) coverage must be a priority for the Government. In order to meet this expectation, the public authorities have been mobilizing for several years to ensure the deployment of digital infrastructures throughout the territory with a unique plan in Europe, the “France Très Haut Débit Plan”.

Launched in 2013, the Very High Speed ​​France Plan was led by the State and local authorities to make digital transformation one of the priorities for regional planning. With financial support from the State to the tune of 3,57 billion euros, the plan represents a massive long-term investment in digital infrastructure in France. The generalization of optical fiber to the subscriber and quality mobile coverage for all French people in fact constitute the essential basis for bridging the digital divides.

Today, the results are there: as of March 31, 2021, more than 60% of French premises, i.e. 25,6 million households and businesses were eligible for fiber optic offers and the ambition is clear: to by the end of 2025, the entire territory will be connectable to optical fiber. According to recent European rankings, France is on the top of the podium compared to its neighbors (IDATE Digiworld 2020 study). The deployment dynamic is such that over the year 2020, despite the health crisis, nearly 6 million new premises have been made connectable to optical fiber, i.e., by comparison, a deployment rate four times higher. than in 2015.

In parallel with the deployment of optical fiber, the New Mobile Deal, signed in January 2018 by the State and the mobile telephone operators, now allows for nearly 3 new mobile sites to be deployed by operators and more than 000 1 new pylons already in service in distressed areas. Today, more than 000% of the French population is covered by 99G (source: Arcep, Q4 1).

In order to promote the action carried out by the State and the communities for several years, a major communication campaign has been launched by the Ministry of Territorial Cohesion and Relations with Territorial Collectivities and the State Secretariat in charge of the Transition Digital and Electronic Communications.

It illustrates the extent and the benefits of the development of digital infrastructures everywhere and for each of us with a two-stage device: display, radio and a special operation in partnership with the Waze navigation application from July and at the start of the school year, a film broadcast on television and insertions in the regional press.

Through an ambitious plan and an idea "very high speed for everyone and everywhere is happening faster than we imagine", the #TresHautDebit campaign celebrates the transformation that digital technology is bringing to the daily lives of the French, while underlining that it is an essential vector of social bond for all and on all the territory. More than an end in itself, digital technology strengthens our connections and reinvents our daily lives.