The government increases the obligations of energy saving certificates 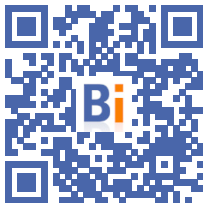 The government revised upwards on Tuesday the energy saving targets set as part of the energy saving certificates (EEC) system for the new period 2022-2025, as well as the share intended for the most precarious.

The EWC system is based on an obligation to achieve energy savings imposed by the public authorities on energy sellers - such as EDF, Engie, Total, etc. - called the "obliged". This notably finances thermal insulation work or more efficient heating installation.

Concretely, EWCs translate into a volume of energy saved to be achieved for each energy vendor: this can be obtained by directly encouraging its customers to reduce their bills, for example by offering bonuses for certain works, or by buying them from intermediaries.

For the new period 2022-2025, the government now provides global energy savings obligations of 2.500 terawatt-hours (TWh), said the Ministry of Ecological Transition in a press release.

This is a little more than the 2.400 TWh which had been announced in February and put out for consultation.

Of the total, at least 730 TWh "will be made for the benefit of households in fuel poverty (against 600 TWhc in the version submitted for consultation)", underlines the ministry.

This increase "reflects the government's desire to further increase ecological ambition and ensure that support for the energy transition primarily benefits the most precarious households", according to the government.

The latter had recently announced a refocusing of bonuses and "nudges" which increase the certificates granted for certain operations.

This will, for example, put an end to offers for insulation of the attic "for one euro" from July.

Consumer associations have criticized the EWCs, deeming this system complex. It also gives rise to fraud.

The government has indicated that it is conducting consultations on "controls" and "simplification".

The obligations differ according to the type of energy (fuel, gas, electricity, etc.) marketed by the companies.

The method of calculating the obligations related to each energy has been revised to take into account only the volumes sold, without taking into account the price effect.

Concretely, "the relative contribution of gas suppliers is higher", one indicates to the ministry.

"The state of mind is to get closer to what makes the most sense: more volumes sold, more obligations", it is argued.