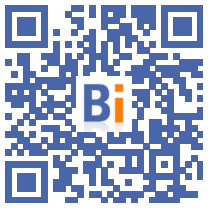 The Minister of Ecological Transition Barbara Pompili on Friday defended the "vital" nature of wind power, like other renewables, to fight against climate change, on BFM Business who questioned her about the dispute with regard to this energy.

"Wind power is vital, renewable energies are vital. We need it to lower our greenhouse gas emissions, to have a more carbon-free energy mix," she said.

For her, "it is a debate among people who are against wind power, who are very well organized and who are heard very loudly. But polls like that of the IRSN show that significant proportions of the population are favorable to wind power, ”she pleaded.

According to the Institute for Nuclear Safety (IRSN) barometer on risk perception, 82% of French people have a good image of wind energy. In terms of installations, the wind farm is considered the most acceptable: 41% of those polled would agree to live near wind turbines, 22% near a line with other voltage, 16% near a nuclear power plant.

The intermittences of renewable energies, "it is managed", insisted the minister. "The storage of electricity, we are working on it, within 20 years the issue will be resolved. The cost of wind turbines or solar is now catching up to nuclear power."

"What we want to do is decarbonize, reduce the insecurity that we could have with a single source of electricity - as is the case today with nuclear power - and then think about energy savings ", she continued.

Regarding the future share of nuclear in France, the choice for after 2035 "will have to be made once all the scenarios are on the table. RTE (the manager of the electricity network, editor's note) is in the process of making them", she said. said, hoping that the "decision will not be taken from above but democratically, following a campaign, by parliamentarians or other means".

The government is giving regional prefects six months to map the "favorable areas" for the installation of wind farms, stressing the importance of consultation with residents and elected officials, according to a circular published on Friday.

Ms. Pompili asks for a "first return" six months after the regional elections, with a view to finalizing the projects one year after them. The mapping will be "non-binding", a "decision support tool", it is specified.

"The development of renewable electric energies will inevitably go through a strong growth of solar photovoltaic and onshore wind power, whose installed capacities will have to be multiplied by 5 and 2,5 respectively between 2019 and 2028", underlines Ms. Pompili in the circular published. on the Légifrance website.

The government wants development "more harmonious and better distributed" over the whole of France.

In the instructions given to the prefects, the Minister also emphasizes the protection of the environment, information to the public and local elected officials, consultation, which are essential to promote the acceptance of projects.