The government declines the "energy sobriety" plan in the housing sector 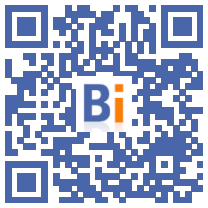 On Wednesday July 27, the government launched a consultation with housing stakeholders whose measures will aim to "hunt waste" and "contain bills", as part of the overall energy sobriety plan.

Representatives of public and private landlords, developers, associations and professional real estate federations will formulate "from September" recommendations to the Minister for Energy Transition, Agnès Pannier-Runacher, and to her colleague delegate for the City and Housing, Olivier Klein, to "take the path of reducing consumption".

"We are exploring with these different actors how to ensure that concrete measures are taken that can allow the French to contain their electricity and gas bills but also to hunt down waste in their homes", explained the minister before the hurry.

This consultation is part of the energy "sobriety plan" announced by Emmanuel Macron on July 14 to deal with the risk of shortages linked to the war in Ukraine.

“Housing is a very important consumption center in terms of heating and the use of natural gas. An effort is therefore necessary to deal with the energy crisis that France is going through,” said Ms. Pannier-Runacher.

“This meeting should also allow us to act and find solutions to deal with the climate emergency,” she added.

The government recently announced that it wants to reduce energy consumption in France by 10% within two years compared to 2019.

According to the Minister, the "first challenge" of the plan in the housing sector is to "enforce or even publicize the regulations in force": only use the air conditioning when the indoor temperature exceeds 26 degrees, and only activate the heating only when it is below 19 degrees.

The minister also wishes to "amplify the devices that exist and that work", such as MaPrimeRenov in the field of heating, which must be extended to 700.000 homes per year.

Agnès Pannier-Runacher immediately announced the launch "in the coming days" of a call for projects of 150 million euros to finance "innovative tools to fight against energy poverty".