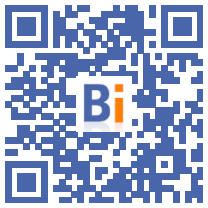 "Salon des salons" of the industry, "Global Industrie" opens its doors Monday in Lyon after a year of abstinence for health reasons, betting on a reindustrialisation of the country after the pandemic, supported by the recovery plan of the economy.

While France is more affected than its neighbors by a phenomenon of massive deindustrialisation linked to globalization and the move upmarket in developed countries, industrialists and the government wish to make this meeting a showcase for actions carried out over the past year to relocate activities in France and develop innovation, in the hope of one day rebuilding factories.

Because the manufacturing industry only represents 11% of the French gross domestic product (GDP) against 16% on average in the European Union, worried in November 2020 France Strategy, an advisory body placed under the Prime Minister.

Among the causes identified over the past ten years, labor costs but above all excessively high taxes which have led companies to relocate massively rather than invest in France to produce and export.

The virtual shutdown of the economy during the pandemic has cast a cruel light on the industrial reality of the country.

France then realized that it did not manufacture its masks or paracetamol itself, and that it was one of the only large so-called industrialized countries not to invent a vaccine against the coronavirus: a "humiliation", according to Louis Gallois, former boss of great flagships such as Airbus, Safran, SNCF or PSA, now co-president of the think tank "the factory of industry".

For drugs, between 2005 and 2015, the market share of French productions worldwide was "halved", recognized Friday the Minister Delegate in charge of Industry, Agnès Pannier-Runacher, on Sud Radio.

Emmanuel Macron, who claims to have "lived very precisely the bite of deindustrialisation" in his youth cities, Amiens or Bagnères-de-Bigorre, recognized a "fundamental error" of successive governments: "we thought we could make a country without factories, "he conceded to Zadig magazine in May.

To chase this idea, and to mark the first anniversary of the recovery plan of 100 billion euros over three years, launched with the help of the European Union, the government will come in force to "Global Industry".

In addition to Bruno Le Maire and Agnès Pannier-Runacher, Prime Minister Jean Castex will speak on Monday before the National Industry Council, where representatives of the State and industrial sectors sit, on the side of employers and employees, as well as personalities qualified.

In the afternoon, Mr. Castex will continue his industrial journey to Roussillon in Isère where he will visit a project to relocate the production of paracetamol and another for decarbonization. On the drug issue alone, the recovery plan finances more than a hundred relocations of production chains (drugs, vaccines, medical devices).

But, while the climate experts of the UN (IPCC) have just recalled that the global temperature should increase by 1,5 ° C or 1,6 ° C compared to the pre-industrial era around 2030, or ten years earlier than in their previous estimate of three years ago, the challenge of reindustrialisation is immense, because it must necessarily be linked to that of ecological transition.

Both the stimulus plan and the fair give pride of place to decarbonisation as well as to innovative start-ups (green chemistry, energy, electronics, agrifood, health, biotech, etc.).

Global Industrie, created in 2018 in Villepinte (north of Paris), is the product of the merger of four sectoral exhibitions (Industrie, Midest, Tolexpo and Smart Industries).

He is interested in both mechanics and nanotechnologies, including machine tools, computer-aided design, industry 4.0, sheet metal-foundry, water management or the know-how of automotive or aeronautical subcontracting.

The show is held alternately each year in Paris and Lyon.

In 2019, its last edition before the pandemic, it welcomed 45.000 visitors from 85 countries and 2.500 exhibitors from around XNUMX countries.