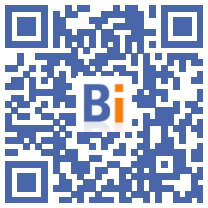 It is in the presence of elected officials from the Prefecture of Isère, the mayors of the surrounding municipalities, members of the management of the Compagnie Nationale du Rhône, the Spie batignolles civil engineering teams and the local press that the Gaïa tunnel boring machine was officially baptized on Thursday July 29, 2021

Due to a complex geographical location to access the entrance well located in the village of La-Garde-en-Oisans, the tunnel boring machine arrived in several separate parts over several days in July.

It took three weeks for it to be assembled before taking up office in mid-August.

The use of the Gaïa tunnel boring machine is part of a 36-month project relating to the construction by CNR of a new hydroelectric development on the Sarenne river, located in the middle of the Isère mountains. It is a hard rock tunnel boring machine, 170 m long and 4m20 in diameter, equipped with grippers and skis to facilitate its advancement on a 23% slope. 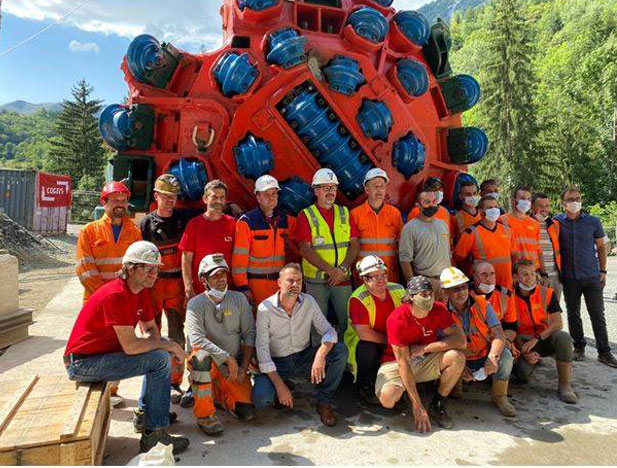 A delivery in several phases due to a constrained environment

Its delivery required several weeks of organization given the constraints of access to the village of La Garde-en-Oisans, and took place on several dates by exceptional convoy, equipped with 4 directional axles to ensure good road holding:

The teams are assembling the first part of the tunnel boring machine, using the 200 tonne crane, corresponding to 110 linear meters, which will then be launched in a gallery to begin digging in degraded mode. This first stage should last for 3 weeks (weeks 33 to 35). When the tunnel boring machine has reached 80 ml, the teams will add the last 7 trailers and the tunnel conveyor. Assembly will take another 3 weeks.

Depending on the characteristics of the rock, the support will be adapted with single or double bolting. Raft segments of 1m in diameter will be positioned as the tunnel boring machine advances.

End of excavation scheduled for April 2022, in the town of Huez.

In March 2021, CNR launched the construction site for the Sarenne hydroelectric power station (Isère), which will supply renewable electricity from 2024 to the equivalent of the electricity consumption of 16.000 inhabitants. The natural waterfall formed by the Sarenne waterfall is a prime site for this so-called “high fall” hydroelectric development (735 m) and an installed capacity of 11 MW. This development pays particular attention to respecting biodiversity and taking into account a sensitive mountain environment.

It is fully in line with the development strategy of CNR's hydroelectric activities beyond the Rhône river, and represents, for Isère, a new green energy production asset to accelerate the region's energy transition.