The future prison of Val-d'Oise will ultimately not be built in Belloy-en-France, but in Bernes-sur-Oise 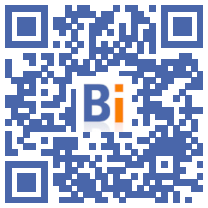 The new Val-d'Oise remand center, which is part of the plan for 15.000 additional places in prison, will be located in the town of Bernes-sur-Oise, announced Prime Minister Jean Castex, noting the abandonment of a previous contested site.

"We will set up a remand center in Bernes-sur-Oise, which will create 750 jobs and welcome new families", declared the head of government during a speech in Gonesse presenting his "plan. Val d'Oise".

The government unveiled at the end of April the sites chosen for the new penitentiary establishments of the second phase of the real estate program intended to create 15.000 additional places in prison by 2027, with the notable exception of that of Val-d'Oise.

The State had initially informed in mid-March the municipal council of Belloy-en-France, a peaceful village in the middle of the fields about twenty kilometers north of Paris, that the prison of 700 places was going to be built on their territory.

But this surprise announcement had provoked an outcry among the 2.200 inhabitants of this commune of the Oise-Pays de France regional natural park, who consider their rural environment completely inappropriate for the establishment of a penitentiary center.

These opponents have been fighting since the campaign against this project and were to organize a new demonstration on Saturday to maintain the pressure on the executive.

"The collective is very happy, we are not sulking our joy," said Delphine Drapeau, deputy mayor of Belloy-en-France, joined by AFP following the Prime Minister's announcement.

For this new remand center, the Ministry of Justice was looking for a place located in the east of Val-d'Oise and less than thirty minutes by road from the Pontoise court.

"The planned remand center in my constituency will ultimately be in Bernes-sur-Oise, much more appropriate than Belloy-en-France. I am delighted to have been listened to, just like the mobilized residents," tweeted the deputy LREM Guillaume Vuilletet, who had proposed alternative solutions to the government.