The future Nantes University Hospital will be built on an island, a contested choice 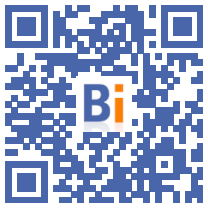 A narrow site on the banks of the Loire, potentially flooding and difficult to access. The establishment of the future Nantes University Hospital on an island in the city center continues to raise concerns and skepticism, even if the site has started for delivery scheduled for 2026. 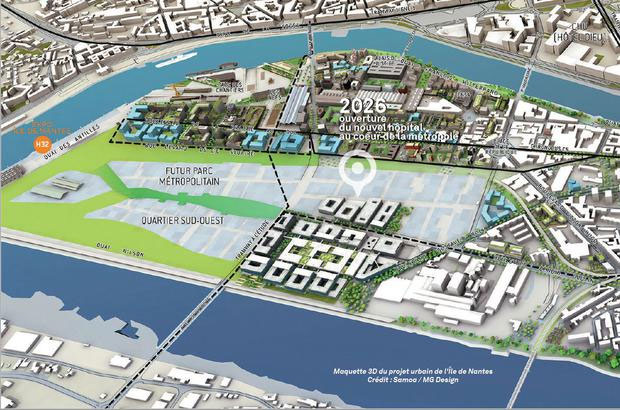 "The work is far from being very very advanced", indicates Bernard Le Mével, former director of the Nantes regional center for the fight against cancer, but the building permit was issued in July 2019 and the management of the CHU announces the installation of a first stone "end of November, beginning of December".

"The choice of the site will entail absolutely incredible additional costs, which could be devoted to the purchase of equipment", regrets Mr. Le Mével, member of the "Collectif Stop Transfert", a heterogeneous group of former doctors, representatives of the CGT, Attac or even elected LR and LFI.

In July, they published a column "We accuse!", In which they denounce the establishment of the CHU on the island of Nantes, to the detriment of Laënnec, a more spacious site, about ten km north of the center. city. They ensure that the hospital will be "saturated from the start, prohibiting any possibility of expansion", or that the project budget "is largely underestimated".

The lack of parking spaces, the risk of flooding, noise pollution from planes landing at Nantes Atlantique airport, or the discovery of unexploded bombs from World War II during the earthworks, are also among their complaints.

All these concerns "were expressed at the time of the public inquiry, when the building permit was drawn up. It is behind us, the building permit is signed, there was no appeal (. ..) the project will be done ", slice for his part Jean-Jacques Coiplet, Director General of the Regional Health Agency of Pays de la Loire.

"Everything has been planned"

"There is no risk", abounds Philippe El Saïr, general manager of the CHU, where some 12.000 employees work.

"All the answers have been given (...) the technical installations of the hospital, for example, will not be in the basement, will be at higher levels, even if a thousand-year-old flood occurs, everything has been planned" , he continues.

According to the project leaders, setting up in the city center will be a factor of attractiveness for this "health district", which will bring together several sites of the current aging CHU in the same place and will consist of the hospital, 'a center of education, research institutes and companies.

The project "matured in 2006", insists Mr. Coiplet, stressing that if it was necessary "to start from scratch, then there we are in 30 years!".

But the twists and turns are multiplying, showing according to opponents that the project is poorly started.

The State increased its participation by 175 million euros last winter, bringing its funding to 400 million for this project now amounted to 1,2 billion euros, and several additional costs are linked to the choice of land, estimate the opponents.

"You have to review all the tram lines because in the car, it is very complicated to travel because you are simply on an island, and because of the characteristics of the basement, we have to thirty meters deep to support "the building, explains Laurence Garnier, senator and leader of the LR opposition to the city council.

Moreover, contrary to what had been announced, not all of the activities will be on the Ile de Nantes, but a "longevity center" will be created in Laënnec. Finally, a few weeks ago, the daily Presse Océan revealed that the project management contract for the future CHU had been terminated in March, causing opponents to fear delivery delays.