The French economy recovers in the second quarter, but inflation still threatens 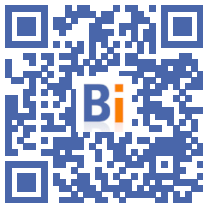 The clouds of recession have dissipated, but not those of inflation: France recorded net growth of 0,5% in the spring, but the rise in prices continues to weigh on consumption.

The first estimate of gross domestic product (GDP) in the second quarter, published Friday by INSEE, will certainly have to be confirmed at the end of August.

But while growth in the second quarter was expected at 0,2% by the Banque de France and 0,25% by the National Institute of Statistics, it finally settled at 0,5% compared to the first. trimester.

"The growth figure for the second quarter is a victory for the French economy in difficult times", rejoiced the Minister of Economy Bruno Le Maire at the end of the Council of Ministers.

"It's a good surprise, but you have to look at the details," reacted to AFP Ana Boata, director of economic research at Allianz Trade.

“The fact that consumption is still falling despite a generous support policy is revealing,” said Gilles Moëc, chief economist of the Axa group, on Twitter.

Despite the tens of billions in aid schemes for businesses and households deployed by the government, budgetary support "struggles to compensate for the erosion of real incomes and/or the loss of consumer confidence in a difficult environment", a- he added.

The consumer price index, of which INSEE published a first estimate for the month of July on Friday morning, has moreover just crossed the 6% mark (+6,1% over one year after +5,8, XNUMX% in June).

And INSEE "considers that we are not yet quite at the peak" of inflation, its director of economic studies Nicolas Carnot recalled on Friday.

“Inflation remains our number one concern. But we anticipate a drop” in 2023, moderated Bruno Le Maire.

Apart from these points of vigilance, the good performance of the French economy in the second quarter is explained by a clearly positive contribution of foreign trade to growth.

According to this first estimate of the national accounts, imports fell by 0,6% in the second quarter, while exports, driven in particular by transport services and spending by foreign travelers, jumped by 0,8%.

“Conversely, exports of goods fell back (-0,6% after +1,4%), particularly in transport equipment and agri-food”, specifies INSEE.

As for consumption, the traditional driver of the French economy, it remains negative for purchases of goods (-1,3%), but purchases of services are on the rise again (+1,5%). Two contradictory trends leading to an overall decline of 0,2% in household consumption in the second quarter.

"The consumption of goods and services in the territory is notably supported by the expenditure of foreign travelers in France", notes INSEE.

With the figures published on Friday, the institute estimates the growth overhang of the French economy at 2,5% for the year 2022.

A "comfortable" figure, says Ana Boata, and in line with the government's annual growth forecast. The Banque de France or the IMF (+2,3%) are slightly less optimistic.

But between the war in Ukraine and inflation which has reached levels not seen since the 1980s, the economic context promises to remain "volatile" by the end of the year, warns Ana Boata.

The INSEE data are published the day after the publication of the figures for American growth in the second quarter (-0,9% at an annualized rate after -1,6% in the 1st quarter), which technically brought the country into recession.