The French economy on a tightrope this fall 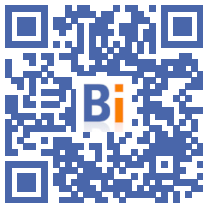 The French economy should stagnate this autumn, the difficulties of energy supply and inflation are not increasing, in a context marked by "heavy threats" weighing on growth in Europe, estimates INSEE on Thursday in a note of conjuncture.

The National Institute of Statistics maintained its forecast of 2,6% growth for the year 2022, against 2,7% forecast by the government.

To achieve this, INSEE forecasts a modest increase in gross domestic product (GDP) in the third quarter (+0,2%, as announced in September), after a dynamic second quarter (+0,5%), is it explained in the note entitled "An autumn heavy with threats for Europe".

But uncertainty hangs over the last three months of the year due to a "darkening international scenario", said Julien Pouget, head of the economic situation department at INSEE during a press conference. .

“Slowdown in international trade by the end of the year, inflation which remains high, specific concerns in Europe on energy supplies, a tightening of monetary policies against the backdrop of increased volatility in the markets “, he listed to illustrate the threats to French growth but also to the world.

The forecast of French GDP stagnation in the fourth quarter is therefore an “intermediate scenario” which includes “the resilience” of certain indicators but also the “fears associated with possible production stoppages” in industry.

Inflation, which had fallen in September to 5,6% over one year thanks in particular to the rebate at the pump, should again fall slightly in October then "would start to rise again" in November with the gradual end of the rebate on fuels, to reach 6,4% over one year in December (against 6,6% previously forecast), according to INSEE.

Over the year, the inflation forecast drops from 5,3% to 5,2%, much more controlled than for other European countries thanks to "energy price fixing, its methods and the public policies implemented in place," said Mr. Pouget.

However, the rise in prices is weighing on household purchasing power, which should fall more than expected in 2022 (-0,6% according to the indicator per consumption unit, against -0,5% initially expected).

In the second half of the year, however, purchasing power should rebound, according to INSEE, thanks to increases in wages, social minima and support measures. Household consumption should progress only very moderately, to the benefit of a recovery in the savings rate.

If the support measures make it possible to limit energy prices, it is food which, since September, weighs the most with inflation expected year-on-year at nearly 12% at the end of the year on food products .

INSEE has finally revised its forecasts for employment downwards. While he was counting on a slight drop in the unemployment rate in 2022, the Institute now forecasts stagnation at 7,4%, partly linked to “the slowdown in activity”.

Uncertainty about activity in the fourth quarter is based on fears related to energy supplies, consequences of the war in Ukraine and the reduction by Moscow of its gas deliveries to Europe.

"Tensions follow tensions", summarized Julien Pouget, listing an easing in the prices of wood, nickel or wheat but an increase in pressure on oil, especially after the last OPEC + meeting, and on gas.

INSEE does not rule out "a possible downturn in activity in the event, for example, of strong constraints on supplies" which could lead to production stoppages.

There is thus a "more marked" drop in the morale of business leaders in the industrial branches most dependent on energy (chemicals, metallurgy, paper, etc.).

The Institute predicts a decline in manufacturing industry and a slowdown in services, which will weigh on the general slowdown in activity in the fourth quarter, after a dynamic third quarter, according to the latest indicators.