The French economy in turmoil 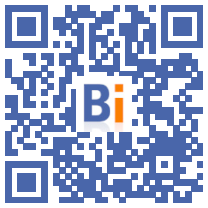 Storm warning for the French economy: with a contraction in GDP in the first quarter, inflation now exceeding 5% and households further reducing their consumption, the clouds are gathering while the government promises to "protect" the purchasing power of the French.

A salvo of indicators published by INSEE on Tuesday, May 31 morning paint a grim picture of the French economic situation, a consequence in particular of the repercussions of the war in Ukraine.

In the first quarter, gross domestic product (GDP) ultimately contracted by 0,2%, the National Institute of Statistics said, revising down its previous estimate published in late April of 0% growth. .

Worrying sign: household consumption, the traditional engine of French growth, fell by 1,5%, against a drop of 1,3% estimated previously, and which had already surprised most economists who had not expected such a brake so early in the year.

Households are hit hard by the acceleration of inflation, which had climbed to 4,5% in March, cutting their purchasing power by 1,9% in the first quarter.

And things haven't improved since, with prices continuing to soar, with inflation at 4,8% in April and 5,2% in May, according to a figure also released on Tuesday. Inflation exceeds 5% for the first time since September 1985.

Consequence: in April, household consumption fell further, by 0,4% also indicated INSEE on Tuesday, the latter having in particular reduced their food expenditure, the prices of which are driven up by the war between the Ukraine and Russia, two major exporting countries of cereals or oils for example.

Measures after the elections

The pressure is therefore mounting on the new government, which has made the protection of purchasing power its priority, while INSEE forecasts a further drop in the latter in the second quarter.

There must be "neither forgotten nor blind spots", assured Prime Minister Elisabeth Borne last Friday after a meeting with the government.

This will also be the subject of the first texts submitted to the future National Assembly following the June legislative elections, which must ratify the promises of Emmanuel Macron, with in particular the maintenance of the fuel discount, the indexation of retirement pensions and social benefits, the thawing of the index point for civil servants, a reduction in the contributions of the self-employed or even the creation of a food check.

The extension until the end of the year of the "tariff shield" on gas and electricity is also recorded.

This aid will be added to the more than 26 billion euros put on the table since the end of 2021 to reduce the impact of inflation, even if the government denies extending the "whatever the cost" deployed in strongest of the Covid-19 epidemic, ensuring that it wants to target aid measures more.

The subject is explosive, two weeks before the legislative elections, while the National Rally and the Nupes have multiplied their promises and are stepping up to denounce the inaction of the executive.

On Monday, the Minister of the Economy improvised a press briefing as concerns, relayed by Marine Le Pen, arose over the prospect of a catch-up of the electricity price freeze on next year's bills . "There will be no catch-up" on electricity bills, he hammered, while acknowledging that the government should take additional measures to finance this freeze.