The French construction team is created for the 2024 WorldSkills 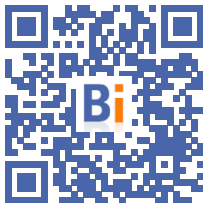 The FFB and the FNTP, in partnership with SMABTP and WorldSkills France, are creating the French construction team for the 2024 WorldSkills trades competition. This national team of young construction talents will be coached by Christophe URIOS, former rugby player and current sports director of Union Bordeaux Bègles.

Indeed, the FFB, the FNTP, SMABTP and WorldSkills France have decided to fully invest in the 47th WorldSkills Competition, to be held in Lyon in September 2024, to put the spotlight on the excellence of the construction trades and the commitments of young people under 23 in the sector. During this global competition, more than 1.600 competitors from 80 countries will come face to face in 65 trades, including 16 in the construction industry. The International Final is being prepared from 2022 with thousands of young people who will participate in competitions in all regions of France, then at the national level in order to constitute this French construction team.

Several actions have been initiated by the FFB to publicize this event and allow young people to register and excel internationally. The Federation has thus set up a network of business leaders in each region to bring the project to the regions, deploy communication actions, develop business expertise and make as many people as possible aware of these “Olympic games for professions”.

For Olivier Salleron, president of the FFB: “Our professions train young people every day who have courage, talent and ambition. These spearheads of the profession deserve to be worn like champions. This is why we are creating the French construction team. These champions of our companies will represent our country in 2024 at the international finals in Lyon. Together, let us reveal to all the richness of our professions, let us show the know-how of our companions to the whole world! "

For Bruno Cavagné, president of the FNTP: “Through the structures that we build, which are sometimes real technical and architectural feats, our professions contribute to French genius and make our country shine throughout the world. I have no doubt that the team of excellence that we are going to constitute will be able to make our tricolor shine during the next Worldskills 2024 and by then, promote our young talents in all our territories. ”