The French are very concerned about their energy and climate future 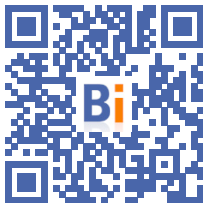 An opinion survey conducted among more than 2.000 French people reveals the major and complex concerns that cross French society with regard to its energy and climate future.

The results of the survey reveal the portrait of a country torn between a feeling of energy and climate insecurity on the one hand, and the desire to benefit from cheap energy on the other.

Strong concerns about the energy crisis

Energy has become an obvious area of ​​concern for many French people due to rising bills, geopolitical issues and the pressure of climate change, making energy a new priority for many people across the country.

In the context of the current energy crisis, 76% of citizens are worried about the increase in energy bills, 55% fear that their savings will not cover the heating of their house next winter, and 67% fear that climate change objectives are no longer forgotten.

Renewable energies seen as a solution

Finally, the survey shows the lack of knowledge that citizens have of government action on climate change: 94% of French people questioned say they have no idea of ​​the specific objectives and key activities that the French government is undertaking to move towards carbon neutrality.

For Arnaud Bellanger, Director of Statkraft France: “The results of this survey demonstrate strong public support for the development of new clean energy. The French want their country to act quickly to secure a sustainable and affordable energy supply. We have seen that around half of those surveyed believe that their energy bills would increase if their electricity was from renewable sources. This is incorrect. By increasing renewable energy capacity and decreasing reliance on fossil fuels, consumers will be better protected from market volatility and rising energy costs. »