The FFB launches a communication campaign "Building, trades that build you" 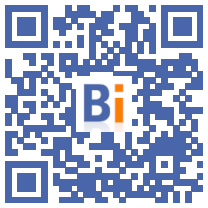 The French Building Federation (FFB) is launching a major communication campaign from March 18 to April 30 on TV and on social networks. Its objective is to inform as many people as possible that the building industry recruits, trains and offers career prospects for everyone, for young people and people in retraining.

This original and quirky campaign consists of two parts:

A communication kit (personalized video, posters, flyer, roll up, email signature, thumbnail for social networks) is made available to the FFB network to allow everyone to relay and be a player in the campaign on the territory.

The www.lebatiment.fr has also been completely revamped in the colors of the campaign to raise awareness of the building trades and promote its opportunities thanks to a partnership with Pôle emploi in particular.

For Olivier Salleron, president of the FFB: “Building is one of the leading economic sectors in France and its image deserves to be promoted in the eyes of as many people as possible. With this campaign, the FFB aims to help craftsmen and entrepreneurs meet the challenge of constructing and renovating buildings. We must give ourselves all the means to continue to recruit more than 65.000 people each year, whom we will need for the years to come. »