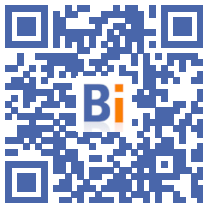 In an unprecedented context of exploding energy costs, the Federation of Public Housing Offices organized a press conference on Wednesday September 21, 2022, in order to raise awareness of the urgency of the situation for HLM organizations. and their tenants.

"Seven months after having challenged the public authorities on the consequences of the rise in gas prices and asked for measures in favor of tenants, we are concerned about the soaring prices of electricity, which is not without consequence on the household bill”, warned Marcel Rogemont, president of the FOPH.

“Despite the measures announced on September 14 by the government, extending the tariff shield with an increase in the price of gas and electricity capped at 15% and an exceptional energy check to support low-income households, the actors of the HLM world remain very concerned”.

Eight FOPH proposals to the government

In this context, Marcel Rogemont presented the eight proposals of the FOPH addressed to the government:

These eight proposals echoed the testimonies of four DPO leaders invited to present the situation of their organization during the press conference:

For Valérie Mespoulhes, General Manager of Caen la mer Habitat: “The cost of collective heating constitutes an increasingly significant part of the receipt. On an average 3-room apartment, we went from €30 per month in 2020 to an estimated €81 in 2022, with the price shield. However, we are not in energy sieves, but on C or D labels. We have already carried out energy improvement work, we are already at 19°, we have equipment to better regulate... We have so little room for manoeuvre.

For Guillaume Couturier, Managing Director of Habitats de Haute-Alsace: “We are witnessing a stratospheric explosion in energy costs. For an average F3, the receipt goes from €473 to €606. The shield will limit this increase to €579, but we are preparing for a tidal wave of unpaid debts, with heavy financial consequences for DPOs, whose economic model and investment capacity are being undermined”.

For Bertrand Prade, Managing Director of Seine-Saint-Denis Habitat: “The increase in prices will represent an increase of 600% on the charges for the common areas. Several of us have to choose, before December 31, if we sign a contract with exorbitant prices because they depend on market prices. This amounts to sending HLM organizations on a stock market with soaring prices, great volatility, for particularly vulnerable tenants”.

For Vincent Peronnaud, director general of OPAC de l'Oise: “The PEG index was imposed by the Equality and Citizenship law when we were on much more administered indices. We see indecent margins from our suppliers, which are exploding, and against which the tariff shield only acts as a mop and basin. The real solution would be to drastically reverse the liberalization of energy prices, which results from European directives, as Spain has done”.