The fatal fire in Marseille with no proven link with the condition of the building, according to the prosecution 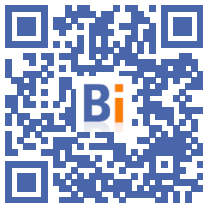 The fire that caused the death of a child on Wednesday morning in an indebted and degraded private condominium in Marseille does not seem to be linked to the state of the building, said the Marseille prosecutor's office.

“The first observations made on the spot by the officials of the national scientific police service (SNPS) (allow) to establish that the fire (has) declared and then spread from the sofa placed in the center of the main room”, specifies in a press release the prosecutor of Marseille Dominique Laurens.

“No electrical malfunction” was “noted in the apartment where the fire remained contained. At this stage of the investigations, no objective element makes it possible to establish that the outbreak and the spread of the fire were linked or aggravated by the state of the building”, added the same source.

Seven people were present in the apartment when the fire broke out shortly before 8:00 a.m. on the ninth floor and penultimate floor of a building in the Cité des Rosiers located in the popular districts of northern Marseille. A four-year-old child (well four years old) seriously burned, succumbed to his injuries on the spot during his medical care.

Two other children aged five and three, a one-month-old baby and three adults suffered burns and/or were inconvenienced to varying degrees by the fumes, the prosecution said.

This tragedy had provoked many reactions in the Marseille political class, some elected officials questioning the deterioration of the building.

Composed of nine buildings where some 3.600 people reside, 11% of whom are owners, the Rosiers residence is considered one of the 21 most fragile condominiums in Marseille.

The municipality had indicated to AFP in July that it had carried out several interventions to detect insalubrity in the city, specifying that this action could not "constitute the only response to the problematic situation