The farmer must scrupulously respect his lease 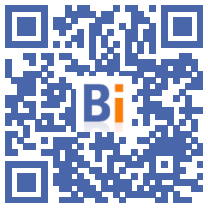 For a farmer, the non-exploitation of a small rented plot may be enough to make it be judged that he has not correctly fulfilled the obligations resulting from his lease. Consequently, according to a judgment of the Court of Cassation, he may lose the right to transmit this lease to his son, for example, since he is no longer "in good faith".

The Court thus ruled that the difficulty concerned a plot of 5.000 square meters on an area of ​​more than 20 hectares, or less than 3% of the leased areas.

This plot has remained unexploited, reproached the owner, since the farmer used it to store firewood after having created a secondary activity of timber trade.

After thirty years of exploitation of the lands and meadows, the farmer had wished to transfer his lease to his son who had all the skills and authorizations required. The owner being opposed to it, the request had been submitted to the court which had accepted it.

Admittedly, said the court, this commercial forestry activity was carried out without the authorization of the owner on the land leased for agricultural use, but it concerned only a very small area and did not endanger the agricultural operation. . In addition, it was exercised in full view and the owner therefore tacitly admitted it.

Nevertheless, observed the Court of Cassation, it was a failure of this farmer to his obligation to exploit all the leased property. Consequently, he does not fulfill the condition of "good faith" required to benefit from the exceptional option of assigning his lease to a relative.

This option is reserved by law to the farmer who has fulfilled all the legal obligations or contained in his lease, concluded the Court, and the operation of a timber trade on a plot leased with a view to its implementation. agricultural value was not in accordance with the lease.

In July 2019, the Court ruled out that a farmer could assign his lease if there had been in the past - even a very old one - a dispute with the owner.