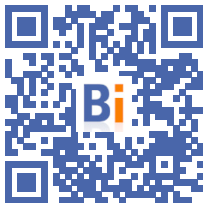 Several groups denouncing the growing influence of short-term rentals in tourist areas met on Saturday in front of Airbnb's headquarters in Paris, to demand more energetic measures against the "excesses" of the sector.

"We must reverse the taxation" which weighs more on long-term rentals than on temporary rentals, said Franck Rolland, member of a Saint-Malo collective, "Saint-Malo, I live there I stay there" .

"It is also necessary that the law authorizes municipalities of less than 100.000 inhabitants who are not in a tense area to put in place regulations" restricting short-term rentals, he also indicated.

According to Emma Tosini, of the Basque association Alda, "there are 6 / 7.000 permanent tourist furnished accommodation out of 41.000 private rental accommodation in the Basque Country", a situation which reduces the supply of housing for the inhabitants of the region.

Among the associations represented were also Paris vs Airbnb and Droit au logement (DAL).

The DAL calls for its side "to ban tourist rentals of housing that is not the owner's main residence, as in New York".

It is also necessary "to create a housing police, responsible for tracking down and severely sanctioning fraud in rental reports, which has developed in all areas of the private rental sector," said the association.

In derision, Alda posted a false advertisement on Airbnb for the rental of the town hall of Anglet on Friday, which was still visible on Saturday afternoon on the platform's website.