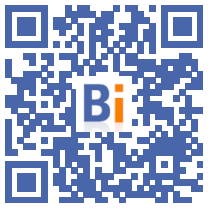 Since the signing of the Paris Agreements in 2015, the transition to a cleaner economy and energies has progressed, but too slowly to limit warming to 2 ° C, let alone 1,5 ° C, compared to the end of the XNUMXth century. century. And nothing says that the Covid crisis is accelerating the movement.

Renewable energies are now the second largest source of electricity in the world, at 2% of the total in 26, after coal but before gas or nuclear.

Wind and photovoltaic power have seen their prices plummet, and have grown since 1990 at average annual rates of 22% and 36%. Even in 2020, the Covid year, 260 gigawatts (GW) of capacity were added, half of which was in China, surpassing the previous annual record of 30%, according to the International Renewable Energy Agency (Irena).

Turning in the car

Driven by standards or the decline of diesel, manufacturers are in the aftermath of the combustion engine.

But electrics make up less than 5% of new sales (7,5% in Europe). The star remains the SUV: 42% of the market in 2020, a record that made it emit more CO2 than in 2019, while other sectors saw their emissions melt, notes the International Energy Agency (IEA) .

China, Japan, EU, Australia ... dozens of countries and a number of companies are engaged in the race for carbon-free hydrogen, that is to say produced without resorting to hydrocarbons and therefore capable of really greening the industry. and heavy transport.

But demand and lower costs must be better supported, calls the IEA, and investments quadruple by 2030.

In mid-2021, 47 jurisdictions (country, province or group of countries / province), or 60% of global GDP, had a carbon price (tax or quota market), according to I4CE, the economy for the climate.

However, this price fluctuates between 1 and 123 dollars per tonne of CO2 and remains below 10 dollars for more than 75% of the emissions covered. However, the prices should be between 40 and 80 dollars to sufficiently dissuade the use of fossils.

Companies are making more promises and like States, committing to carbon neutrality by 2050. But their impact remains difficult to assess.

For the Ren21 expert network, "2020 could have been a game-changer", but state stimulus plans grant six times more investments in fossils than in renewables.

CO2 emissions, after falling by 7%, are expected to reach a record level by 2023 and continue to grow, if investments are not redirected.

Investment in green energies has been declining in recent years in emerging and developing countries (excluding China), and the Covid has not helped.

These regions barely display 20% of the investments necessary for their decarbonisation, according to the IEA: they "are home to two thirds of the world's population, generate 90% of the growth in emissions but receive 20% of funding devoted to clean energy".

With the recovery, demand for coal, the leading driver of warming, is expected to exceed its 1 level, due to Asia's electricity needs.

Since 2015, however, the number of projects has fallen by 76%, according to the E3G think tank and 44 countries have promised not to open any more sites. Beijing, the largest public donor, announced in September that it would no longer build coal plants abroad.

"It is time for the private sector - which finances 87% of coal abroad - to follow," points out Kevin Gallagher of Boston University.

In the Brazilian Amazon, deforestation in 2020 transformed this fundamental carbon sink into a net emitter of CO2.