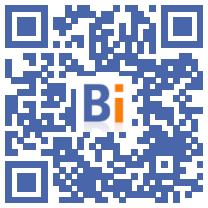 "The DPE? It's the first thing a client asks for during a visit," says Oumou Sow, a real estate agent. The famous energy performance diagnosis (DPE) of housing also attracts the attention of banks, which are more comfortable financing renovations than the purchase of a thermal sieve.

A rental investment project (buying a property to rent it) of the worst housing in category G, can indeed throw a chill on the credit committee since it will be purely and simply forbidden to rent from next January. . In 2025, the rest of the housing classified G will follow, the F in 2028 and the E in 2034.

The LCL bank evokes "increased vigilance" about the financing of the lowest rated housing units. As part of a rental investment, "we will see if work to requalify the property is planned and financed", according to the bank.

“Banks now systematically require quotes and ask that the cost of work to bring (housing) up to standard be part of the financing plan,” adds the president of the Cafpi broker network, Olivier Lendrevie. "Otherwise they won't even open the file."

The Postal Bank, for its part, changed its rules for granting mortgages in May. They take into account the DPE "in the context of the financing of the main or secondary residence, as well as in the context of rental investment", assures a spokesperson.

The decisive criteria for the banker remain the financial situation of the borrower, his income or the duration of the mortgage.

The market for credits dedicated to energy renovation is however booming, like the "Green Works Loan" launched this month by Crédit Agricole d'Ile-de-France.

In addition to financing, it includes an energy audit of the housing and support before the works (calculation of government aid, validation of quotes from craftsmen, etc.).

The Postal Bank and Crédit Mutuel offer an "Avance Rénovation" loan at a fixed rate of 2%, which comes in addition to MaPrimeRénov', a renovation aid from which 660.000 households benefited in 2021.

There is also the zero-rate eco-loan (eco-PTZ) whose interest is borne by the State, little promoted by banking establishments.

Axis of commercial development, the fact of financing the energy renovation of housing is also an integral part of the policy in the fight against global warming put in place by the banks, a subject on which they are often attacked.

The impact is major since the use of buildings represents a fifth of France's greenhouse gas emissions.

It is a way of "making a contribution to the building", explains to AFP the marketing director of Crédit Agricole d'Ile-de-France Guy Poyen, who also does not lose sight of the benefit of image in terms of recruitment, especially of the youngest who are sensitive to these themes.

To achieve the climate objectives set by France, the entire French building stock must be transformed into "low consumption buildings" by 2050, roughly the equivalent of categories A and B, which today represent today 2 and 3% of the park respectively.

The role of banks on the subject is not well known to the general public. Only 4% of Ile-de-France residents would turn first to their banker for advice in preparing for renovation work, according to a survey commissioned by Crédit Agricole Ile-de-France.