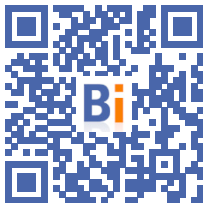 The energy crisis has created "unprecedented momentum" in favor of the deployment of renewable energies, whose growth in capacity should almost double over the next five years, underlines Tuesday the International Energy Agency (IEA).

The world is set to develop as much renewable capacity in the next five years as it has in the past 20, according to the IEA's 2022 Renewable Energy Report.

Solar and wind power in particular will thus become the main source of electricity in the world by 2025, by dethroning coal, as countries seek to reduce their dependence on fossil fuels, especially after the invasion of Ukraine by Russia. .

Global renewable capacity is expected to gain 2.400 gigawatts (GW) over the 2022-2027 period, as much as China's current power capacity, and a third more than experts predicted just a year ago, calculated. IEA analysts for this annual report.

The Agency, which advises states on their energy policies, notes "the speed with which governments have been able to push renewables a little further".

This is particularly true in Europe, which is seeking to replace Russian gas, and where installed capacity in 2022-27 should double compared to the past five years.

Elsewhere, China, the United States and India are leading the way, with plans and market reforms that weren't expected so quickly.

"The example (of renewables) shows that the energy crisis could be a historic turning point towards a cleaner and safer global energy system", according to the director of the IEA, Faith Birol, who also recalls that such an "acceleration is critical if we want to keep a possibility of limiting warming to 1,5°C" compared to the pre-industrial era.

In terms of technologies, solar and onshore wind today form the least expensive means of electricity production of all, in the majority of countries.

The report forecasts a tripling of the photovoltaic park over 2022-2027, in particular on the roofs of shops and residences, with consumers wishing to limit their bills.

The IEA also sees the beginning of diversification in the production of this equipment, in particular towards India and the United States.

Wind power should double in capacity over the period, to four-fifths in land.

Finally, the demand for biofuels should grow by 22%, driven by the United States, Canada, Brazil, Indonesia and India, which have adopted measures to support this energy.