The economy again hampered by the closure of schools and businesses 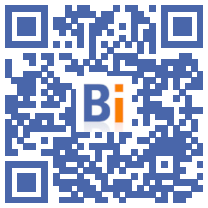 The closure of schools, feared by companies and announced Wednesday evening by Emmanuel Macron, will again disrupt economic activity over the coming weeks, even if the school holidays should reduce the impact.

To cope with the new outbreak of the epidemic, the President of the Republic announced on Wednesday the closure of nurseries, schools, colleges and high schools for three to four weeks.

For millions of parents, this means more teleworking, or when this is not possible, partial unemployment to take care of children during the day.

Last year, at the time of the first confinement, the French Observatory of Economic Conditions (OFCE) estimated that around 1,2 million jobs were likely to be affected by the closure of schools. This concerns parents, as a couple or alone, who cannot telework and must therefore cease their activity to keep them.

In November, without closing schools, "we had recorded a loss of activity of 8%, there the impact will be more severe, around -10% of activity," said Selin Ozyurt, economist at Euler Hermes.

In April 2020, strict confinement had reduced activity by 30%, and the closure of schools had contributed 6 points, according to OFCE assessments.

But this time "everything has been calibrated so that the holidays are in the middle of all this and that the impact on work is as limited as possible, even if it is not negligible", nuance Mathieu Plane, economist at the 'OFCE.

The problem of childcare exists more for the youngest, before they enter college. In this sense, "it is no coincidence that in the end the nurseries, nursery schools and primary schools close for only one week," he told AFP. Because after two weeks of vacation, they will reopen on April 26, one week before middle and high schools.

Thus, recourse to partial unemployment should increase, "from 1,3 million full-time equivalent to 2,5 million in April", but it had reached 5,6 million in April 2020, estimates Selin Ozyurt.

The employers are worried about the consequences

The two main French employers' organizations, Medef and CPME, expressed concern on Wednesday about the consequences of the extension of business closures to the entire metropolitan territory.

"This new confinement will be terrible for all closed sectors," the president of Medef Geoffroy Roux de Bézieux reacted in a tweet on Wednesday after Emmanuel Macron's speech.

"It must be the last. Let's open them all on May 15," added Mr. Roux de Bézieux as a number of businesses and establishments open to the public are undergoing administrative closures to curb the Covid-19 epidemic.

On March 20, following the announcement of the decision to close certain businesses in 16 departments, the president of Medef had already denounced a "relentlessness on businesses".

For his part, the president of the Confederation of SMEs François Asselin recalled on Wednesday the impossibility for the employer to force an employee to take leave without a notice period of at least one month, if he must stay at home to look after her children while schools will remain closed for three weeks.

For employees with partial unemployment, there is also a "remainder of 15% for the employer, except for sectors S1 and S1 bis", ie the establishments most affected by the crisis. health, Mr. Asselin told AFP.

According to him, "we are going to have people on partial unemployment who will then take their paid vacation when activity starts up again".

"In a period as we have been going through it for over a year, frankly we did not need that", laments the president of the CPME, who asks "to be able to reposition the leaves of the employees".

In addition, the CPME regrets that we have not kept the territorialization ", with uniform restrictive measures on the whole of the metropolitan territory from Sunday.

"If we can't go more than ten kilometers, why close all local shops?" Asked Mr. Asselin.

In addition to the closure of schools, that of so-called non-essential businesses will fuel this recourse to partial activity.

Moreover, for Mathieu Plane the effect of the generalization of their closure to the entire territory "will undoubtedly be more important than the closure of schools" on economic activity.

This generalization should represent a loss of activity of about 4% in April, according to him. It is in addition to the shortfall suffered over the past two weeks by businesses located in the 19 departments with already tightened restrictions.

"We are bound to have a fairly negative effect on household consumption in April, even if we will not have a 20% drop like in April 2020, because businesses have adapted, for example with the click & collect", predicts Philippe Waechter, chief economist at Ostrum Asset Management.

"If the GDP is more or less maintained in the first quarter, we will have a slightly more fragile second quarter," he believes.

It will depend in particular on the government's ability to achieve the vaccination objectives and the gradual reopening of places of culture, sport and cafes and restaurants from mid-May, announced by Emmanuel Macron on Wednesday.