The economic balance of the natural disaster regime is strained, according to the FFA 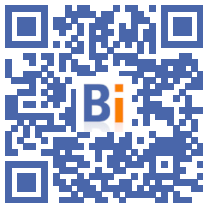 Faced with climate change, "the (economic) balance of the natural disaster regime is strained", which will require adaptations to preserve it while avoiding an increase in tariffs, declared the president of the French Insurance Federation (FFA) , in an interview with the Journal du Dimanche.

"It is important that prevention and adaptation policies intensify very clearly in our country", declared Florence Lustman, who reminds that insurers also contribute to the financing of the ecological transition.

With climate change, the insurance sector will be increasingly called upon. According to the FFA, which published a study on the subject on Thursday, the total cost of climatic disasters in France could double over the period 2020-2050 compared to 1989-2019.

In addition to prevention, necessary to adapt buildings and constructions "to new risks" and thus limit the losses to be compensated, avenues of reflection are underway to review the scope of the damage covered, underlined Ms. Lustman.

For example, "the drought damages buildings but sometimes it is only purely aesthetic. So we can ask ourselves whether we should continue to cover the consequences which would only be of this order", indicates the president of the FFA, who wishes to "preserve the main fundamentals of this regime (natural disasters): solidarity and universality".

But it is only once the emphasis has been placed on prevention and adaptation that it will be necessary to "look at how to adapt the pricing of this regime", she pleads.

For several years, the prices of global reinsurers, who insure insurers, especially in the face of major risks, have continued to increase to cope with increasingly frequent catastrophes.