The environmentalist group of the Senate presents its "real climate law" 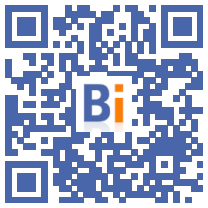 The environmentalist group of the Senate presented to the press its counter-project to the government text on the climate expected in the hemicycle in mid-June, a "real climate law" which includes a hundred measures, including the ban on combustion cars from 2030.

"This is the real climate law", declared Guillaume Gontard, the president of the group, lambasting in the bill carried by Barbara Pompili, inspired by the work of the Citizen's Convention for the Climate (CCC), "a real democratic betrayal ".

According to Mr. Gontard, this "credible law" should enable France to achieve the European objective of a 55% reduction in greenhouse gas emissions by 2030 (compared to 1990).

Conversely, the government text, already voted on at first reading by the deputies, "rather brings us towards -35% maximum in 2030, therefore very far from the European objective", according to Ronan Dantec.

The proposals of the environmentalist group of the Senate, which has 12 members, are broken down into 6 main chapters, transport, building, agriculture, industry, energy and waste.

In particular, there is a ban on the sale of new private vehicles using fossil fuels (diesel or gasoline) in 2030.

The environmentalists of the Senate are also putting on the table an obligation of complete energy renovation from 2024 at the time of the sale of housing or the renovation of buildings.

Daily vegetarian option in all collective catering, progressive nitrogen fertilizer levy from 2023, shutdown of 50% of gas power stations in 2030 ... the various measures will be broken down into some 400 amendments during the examination of the climate bill, June 2 and 3 in committee then from June 15 to 29 in the hemicycle.

Mr. Gontard does not entertain "disproportionate hopes" as to their fate in a chamber dominated by the right-wing opposition, but considers it possible to obtain "some progress".

Above all, he underlines, the counter-project is intended to feed the debate on "a longer time", in particular in view of the presidential election of 2022.