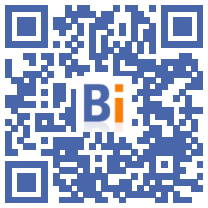 The Strasbourg city council, dominated by environmentalists, voted in favor of a new "parking policy" aimed at reducing on-road parking and transferring it to dedicated car parks.

The two deliberations adopted must allow "a more equitable and more inclusive sharing of public space", underlined the ecological mayor of Strasbourg, Jeanne Barseghian. "It is also about meeting the challenges of climate change".

The municipality thus wishes to reduce the number of parking spaces in order to develop alternative "mobility offers" to the car, "green the streets", "provide them with sidewalks when they are insufficient", cycle paths or "games. for families ", and" meet the needs of people with reduced mobility ", indicate the texts adopted.

In this context, the resident parking rate, billed at 15 euros per month, should be revised upwards. "In any case the monthly fee will not exceed 30 euros", however warned Jeanne Barseghian before the city council.

At the same time, residents will be encouraged to park their vehicles in "open car parks", public or private, existing or to be built. Professionals will retain "the possibility of parking on the road", especially for deliveries.

Presented as a "major transformation of public space", this policy will be the subject of "consultations" with residents and professionals in order to refine the measures which will be differentiated according to the neighborhoods.

Adopted by a large majority, the two deliberations were however rejected by the opposition.

This policy "seems to make the definitive disappearance of the car a hidden objective, a political and ideological objective to the detriment of the issues of quality of life," blasted Alain Fontanel, one of the leaders of the opposition (close to LREM) , deploring "the excesses and radicalism" of the proposed texts.

Jean-Philippe Vetter (LR) denounced him a "punitive policy", which "is only to the advantage of a part of the population and which complicates daily life". He announced that he had collected nearly 3.000 signatures in a petition calling for the maintenance of resident parking.