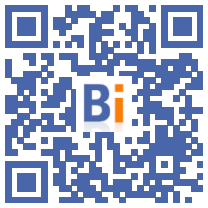 France will need more electricity in 2050 and, to achieve carbon neutrality, will in any case have to proactively develop renewable energies, underlines RTE, which anticipates up to a quadruple in the capacity of onshore wind turbines.

At the request of the government, the operator of the high-voltage network embarked in 2019 in a vast study with a horizon of 2050, when France aims for carbon neutrality in order to limit global warming.

After receiving numerous contributions (from companies, NGOs, unions, etc.) as part of a public consultation, RTE unveiled on Tuesday the "framework" retained.

Six scenarios for the production mix emerge, which must now be evaluated before the main results of the study are published in the fall.

A first scenario (called M0) provides for a system based 100% on renewables in 2050, with a complete phase-out of nuclear power by then.

This supposes a pace of installation of renewable energies pushed to its maximum, in particular for solar, whose capacities would be multiplied by 21, and for onshore wind, quadrupled - not to mention the offshore wind turbines called to multiply offshore. of our coasts, while none are functioning today.

The technical feasibility of this scenario had already been the subject of a joint report with the International Energy Agency (IEA) published at the end of January. The two entities concluded that it was feasible, provided that a series of strict and cumulative technical conditions were met.

At the other end of the spectrum, another scenario (N03) retained by RTE imagines that nuclear will still represent 50% of the electricity system in 2050, on par with renewables.

Nuclear power today produces more than 70% of French electricity, and the government has chosen to reduce it to 50% by 2035, in order to diversify its energy mix.

This N03 hypothesis is based on what the sector, starting with EDF, considers itself capable of doing: the construction of around 14 EPR reactors as well as a few small modular reactors (SMR). It also involves extending part of the current nuclear fleet beyond 60 years.

But even this scenario assumes a very proactive development of solar and wind power.

Between these two scenarios, four others, intermediate, mix more or less nuclear and renewable.

All of them will be subject to evaluations on three other criteria by the fall: economic, environmental and societal.

For its consultation, RTE brought together players with often opposing points of view - from EDF to Greenpeace, from CEA to the Négawatt association - and welcomed a "relative compromise".

The Minister of Ecological Transiton Barbara Pompili for her part welcomed "the broad consultation", said her entourage.

"The changes proposed by RTE for the definition of the scenarios appear relevant and will make it possible to have a wide spectrum of hypotheses", according to the same source.

The question of the place of nuclear power and renewables - in particular wind power - is regularly the subject of heated debates in France.

Positions have even become radicalized in the run-up to the regional elections in June, opposition to wind turbines being fueled by the National Rally or the (ex-LR) declared presidential candidate Xavier Bertrand.

"Our scenarios are technologically neutral", emphasizes RTE, which does not wish to favor one mode of production over another.

On the consumption side, RTE has retained around 645 terawatt-hours per year, a marked increase compared to today (460 TWh in 2020).

The future presupposes a greater use of electricity to the detriment of fossil fuels, for example for mobility as well as for the production of hydrogen.

RTE has however adopted several variants (sobriety, strong reindustrialisation, more hydrogen, etc.), depending on which consumption could range from 550 to 770 TWh.

This question of consumption raises important questions about future life choices. The option of relative energy savings implies, for example, reducing individual trips or the consumption of manufactured goods.

To enlighten it on its analyzes, RTE has formed a scientific council comprising seven members from several disciplines.