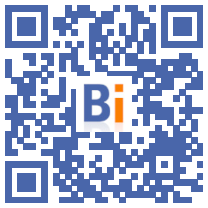 Description of the geothermal system on a body of water

In winter, a lake has temperatures of 7 to 8 ° C at the bottom. In order to be able to obtain and exploit this heat, it is necessary to deposit and cover the tubes with gravel to promote the encrustation of the mud. After 2 to 3 years, the silt has settled. The background temperature increases year after year from 4 to 5 ° C at the beginning by organic fermentation. For a cost 5 times lower than drilling on large powers, much better exchange characteristics are obtained than those of drilling. More energy can be produced per meter of probe than in the case of a borehole.

HDPE is biocompatible because it is completely inert. It does not degrade, which belies the prejudice of polluting plastics. Being non-biodegradable (decomposition takes place over millions of years), very long-term use is risk-free and completely respectful of the environment. It does not generate any waste. For areas with very low winter temperature it may be necessary to glycol the water. In this case it is necessary to use MPEG (monopropylene glycol) and not toxic and expensive MEG.

Lake regulations are not very restrictive because they are areas favorable to the environment. There is no administrative constraint below 1.000 m2 of surface. Up to 20.000 m2, a simple declaration is enough. Beyond that, an authorization is required. For an 80 kW system, 1.000 m3 of water is sufficient.

An example of achievement and its financial benefit

A 1.000 m3 lake costs between 5 and 10 k € excluding tax. The heat exchanges in a lake or on another body of water (river arm, etc.) are optimized, so that the quantity of tubes to be installed is much less than for boreholes or other probe collection systems. The water makes it possible to obtain an exchange coefficient between the tubes and the water much better than that resulting from contact with the earth in the case of conventional probes. Only the plastic of the tube is insulating (same with standard probes).

The exchange coefficient obtained is of the order of 14 W / m / K. For a stream or moving water this coefficient is even higher. With a temperature of 7 to 8 ° C at the bottom, the collection power is more than 97 W / m whereas it would be 50W / m with conventional drilling. A borehole using a vertical probing system is about 10 times more expensive than a collection system on a body of water with equivalent collection characteristics. The only constraint is the need to have at least 500 m2 of land. However, this is much less than the space required for a traditional horizontal probe collection system.

The company SUNDERMANN & SEYS Géothermie and its CONSTRUIRE design office make geothermal energy profitable from 10 k € before tax in annual heating / air conditioning expenses. (Return on investment excluding subsidies in less than 5 years). This threshold is quickly reached for a large majority of offices and specific large-scale projects.

For the CONSTRUIRE design office, systems that are not profitable over time should not be considered ecological. The cost excluding subsidies is a very reliable indicator of the energy consumed in production. We must not forget that human resources have a high financial and ecological cost.

Geothermal energy makes it possible to divide by 5 the energy expenditure for heating / air conditioning, ie a reduction of 40% of the overall energy expenditure. The Swiss and the Swedes we understand, 15% of their heating systems work according to this system, against a few% in France.

The return on investment (excluding taxes and subsidies) is guaranteed in less than 5 years.

The project of schools and local associations in Rambouillet has the particularity of being carried out on an industrial wasteland. These buildings will be positive energy on an industrial site abandoned for more than 5 years. On this project, an installation of heating / air conditioning and hot water by geothermal energy on the water level will be carried out. This is an 80 kW system designed to heat 2.000 m2 of ERP category 5 premises and 400 m2 of dance hall type premises for associations in the city of Rambouillet. It is planned to install 1.000 meters of HDPE tubes allowing to capture 97.14W / m in the basin for heating in winter or for air conditioning of premises in summer. The use of this technology will allow the master to save money. drilling work 180 k € HT without any loss in quality of the heating / air conditioning and DHW system.

The use of this alternative technology is a godsend because the size of the land did not allow the installation of horizontal sensors and regulatory constraints prohibited the use of the groundwater resource.

The solution adopted is therefore the best in all respects. The project will also allow a generalized renovation of the entire heating network of the building with the replacement of the old piping and the installation of radiators in sufficient number to ensure hot water heating at less than 35 ° C. This relatively low heating water temperature allows maximum optimization of the efficiency of the heat pumps installed. These will operate with a COP of 5. The general system COP is estimated to be greater than 4.5 on average. The system will operate at full capacity for 2.100 hours per year for a total useful energy produced of 160 MWh and expensive energy (electricity) consumed of 35 MWh. In the medium term, it is planned to further improve the thermal and ecological performance of the building by installing solar panels, 20kW wind turbines and Tesla electric batteries or equivalent in the field in order to produce and be able to store the electricity necessary for operate pumps and other consumers in the building (computers and lights).

The development of geothermal energy by means of water improves the energy efficiency and profitability of the construction industry.

With ADEME subsidies for geothermal energy, the return on investment for this site will be obtained in less than a year.