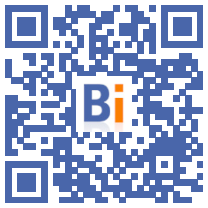 Jean-Louis Missika, former deputy for town planning to the PS mayor of Paris Anne Hidalgo, resigned from a mission committee formed by the real estate group Novaxia, the ethics committee of elected officials of the Council of Paris seeing it as a conflict of 'interests.

The commission, which delivered its opinion on November 3 and 5, was seized "at the very end of October" by Anne Hidalgo "following information published", indicated Mr. Charpenel.

The opponent LFI Danielle Simonnet had denounced in a press release the "revolving door" - action, for an official, to leave the public service for the private - of the "editor of the program of Anne Hidalgo" in 2014 and 2020, and "craftsman of the sale of a third of the Hôtel-Dieu hospital for the benefit of this Novaxia real estate company ".

Once the opinion was delivered, Mr. Charpenel spoke with Mr. Missika who "immediately resigned, before taking up his duties" and therefore to be paid.

For the former first Advocate General at the Court of Cassation, it was an "obvious conflict of interest" since Mr. Missika "had himself participated in deliberations on these subjects and in particular in the respect of the company Novaxia ".

The "resale right" provided for by law obliges all public officials, during the three years following the end of their functions, to "indicate their professional plans to verify that they are not in contradiction with the ethical principles which govern public life, "recalls Mr. Charpenel.

Contacted by AFP, the former elected said to feel "dirty", admitting to have made "an error" in a "gray area" but not of "fault" on the legal level.

"A mission committee is a structure totally independent from the company, responsible for monitoring that this company fulfills the missions of general interest that it has set itself, so we are light years away from the market. real estate. That's why I thought it wasn't a problem, "he explained.

"I was wrong, I should have consulted the ethics committee and I instantly withdrew from this committee", further argued the former deputy, who was to receive "compensation of a few hundred dollars for this activity. euros ".