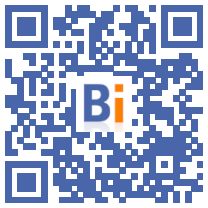 The National Assembly gave Wednesday, January 19 a unanimous green light in first reading to an extension until 2041 of the concession of the National Company of the Rhone (CNR) in charge of the development of the river, in the face of the risk of opening to competition within the European framework.

The bill brought by Patrick Mignola (MoDem), supported by the government and already approved unanimously in committee, was validated by all 65 voters. It must now be considered in the Senate.

The Secretary of State to the Minister for Ecological Transition Bérangère Abba welcomed "the visionary idea" which, in 1934, led to entrusting the CNR with the development of the river in terms of hydraulics, navigation or irrigation in particular .

The dams that mark out the 3rd longest river in France contribute to almost a quarter of the country's hydropower electricity production, and the achievements of the CNR in terms of wind power and photovoltaics in make an important player in the energy transition, she underlined.

"At a time when the debates on the possible opening up of dams to competition in France regularly arouse concern, this legislative progress opens up a concrete way to requalify energy production as a national strategic good, under missions of interest general to which it contributes," argues Mr. Mignola.

The protection of the CNR from competition at least until 2041, in particular concerning its hydroelectricity installations, was welcomed from all sides in the hemicycle of the Palais Bourbon.

Mathilde Panot (LFI), was pleased to see "the majority abandon its liberal ardor" and André Chassaigne (PCF) welcomed "the approach guided by the general interest" of the CNR.

On the right, Virginie Duby-Muller (LR) expressed the fear that the extension until 2041 of the concession would "push the problem back" with the European Commission, and called for "sanctuarizing French hydroelectric production".

"The particular history" of the CNR, a "jewel", and its method of integrated management of the river justify the extension "without competition" of this concession, which expires on December 31, 2023, estimated Mr. Mignola .

A consultation began in 2016 between the State and the European Commission to ensure that an extension of this concession would not contravene the State aid regime, or that of public orders.

The explanatory memorandum indicates in this regard that the Brussels services confirmed, in October 2020, that “the project did not require notification to the European Commission under State aid”.