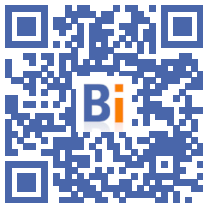 The Seine-Maritime departmental council, chaired by an LREM, approved the increase in its financial participation in the Rouen motorway bypass project to the east, during a session broadcast on its facebook page.

This vote follows the decision on February 7 by the Metropolis of Rouen to withdraw its contribution of 66 million euros, due to "the climate emergency".

This 41,5 km toll motorway project should link the A28 in the north to the A13 in the south, bypassing the Rouen metropolitan area to the east.

On February 15, the Normandy Region, chaired by centrist Hervé Morin, voted for an additional 48 million euros, thus bringing its participation to 205 million.

The LREM president of the Bertrand Bellanger department on Thursday justified this decision by "the incessant congestion" of the center of Rouen and by the fact that the project would "bring employment".

With these 18 million additional credits "we could build a college or five gymnasiums or undoubtedly finance several nursing homes", declared Nicolas Rouly, president of the PS group.

Valued at 886 million before tax in 2015, the project was also to be financed to the tune of 245 million euros by the State. The contribution of the future concessionaire was to be 396 million.

On February 17, the Minister of Ecological Transition Barbara Pompili had indicated that the government did not wish to impose the Rouen motorway bypass project but that it was not abandoning it either, and called for "dialogue".