The delay of wind power in France is accentuated 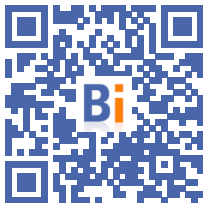 The deployment of onshore wind power in France should further accentuate its delay this year, with the installation of new capacities well below the level necessary to meet the country's energy objectives, indicates a sector report on Tuesday.

Second source of renewable electricity in France after hydropower, wind power provided 36,8 terawatt hours (TWh) in 2021, or 7,7% of French consumption, indicates the Observatory of wind power, produced each year by France Wind Energy (FEE) with CapGemini.

The year 2022 will however have been marked by the opening of the first wind farm at sea, facing Saint-Nazaire, i.e. 480 MW to supply around 700.000 people, the equivalent of a little less than half of one of the reactors latest nuclear weapons. Two other marine parks should go into production, in 2023 and at the end of 2023-beginning of 2024.

"At a time when France lacks electricity and must import it, it is imperative to speed up", underlines Michel Gioria, general delegate of FEE, noting that only onshore wind power, photovoltaic and biogas will be able to produce more energy in the very short term, before 2025.

In 2022 and 2023, the wind power sector should also, by contract, pay back some 7,6 billion euros over the two years to the State, due to high market prices. If the trend continues, he will have reimbursed all the aid received since 2001, note FEE.

Against the backdrop of an unprecedented energy crisis, at the end of September the government published a circular to the prefects asking them to speed up the processing of renewable energy files, and a bill aimed at supporting the deployment of this infrastructure.

For the moment, the effect of the circular cannot yet be measured for the 4,5 GW of projects at the end of their investigation and awaiting authorisation, notes FEE.

The sector also underlines the "structural deficit of human resources in the services of the State to instruct projects", which often make up more than 2.000 pages.

At this stage, the 2023 draft budget provides for the financing of 15 agents, when a hundred are needed, underlines Mr. Gioria, for whom "it is not anecdotal: France is strong in defining objectives, but the implementation implementation suffers from a lack of means".