Will the "La Défense boiler room" trial soon be canceled? 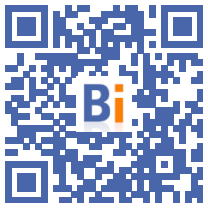 The Versailles Court of Appeal rules on Wednesday in the very old case of alleged corruption known as the "boiler room of La Défense": it must confirm or deny the extremely rare cancellation of this trial, decided at the beginning of the year by the court de Nanterre for failure to meet deadlines.

In January, five business leaders, two of whom are now 98 and 83 years old, were to appear before the Nanterre Criminal Court.

They were accused of having distorted, between 1999 and 2003, the award of the lucrative heating and air conditioning market in the business district of La Défense, estimated at several hundred million euros.

But exceptional rebound: on the first day of the trial, on January 11, the court decided to cancel the entire investigation procedure, considering that the right of the defendants to be tried within a reasonable time had not been respected and had attack on their defense.

In question: an investigation of nearly twenty years whose "unreasonable duration deprives two of the main defendants of their ability to fully defend themselves" because of "disorders related to old age and their state of health", had justified the president from the room.

The trial was therefore canceled. But three days later, the prosecution appealed, arguing in particular that there was no "old age excuse" to be granted.

In this appeal, examined on April 16, the public prosecutor's office requested the annulment of the judgment of the Nanterre court and the medical expertise of the two former business leaders, in order to establish "if their condition is compatible with their personal appearance. at the hearing "or if" their state of physical and mental health allows them to give valid mandate to their counsel to be represented in court ".

On Wednesday, the Versailles court of appeal ruled in favor of the Nanterre court.

"After Nanterre the Versailles Court of Appeal sets the record straight. We cannot in France, judge a centenary 25 years after the fact", declared to AFP Me Baratelli, representing the interests of Jean Bonnefont , former leader of the former Charbonnages de France.

"We salute the lucidity and the sense of the law of the magistrates of the court", reacted to AFP Emmanuel Mercinier and Emmanuel Daoud, lawyers of the businessman Antoine Benetti, as well as Me François Saint-Pierre, lawyer by Bernard Forterre, the former number 3 of the Compagnie Générale des Eaux-Vivendi.