The debate on the cleanliness of Paris relaunched via social networks 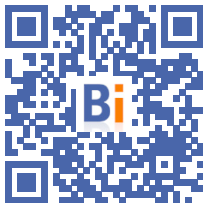 The debate on the cleanliness of Paris has been relaunched in recent days via social networks where many photos, posted under the hashtag #saccageparis, have reacted to the right and the City.

Graffiti on the walls, garbage in the street, bottles or rubbish floating on the canals ... supporting photos, many Internet users have denounced an "abandonment", which a "rampage", having according to them transformed Paris into " dump "or" city-trash "looking like" favella ".

Many have also questioned the management of the mayor PS Anne Hidalgo, possible candidate of the left for the presidential election in 2022.

Faced with this hashtag that has become viral, the City of Paris denounced "a campaign of denigration", affirming on its Twitter account that "like all cities in France, Paris is confronted with incivility and problems of regulation of the 'public space "and that" some photos posted are old or taken before the passage of the cleaning teams ".

The City specified that "2.500 agents intervene every day" and "in all of Paris", but that the workforce was "currently reduced by 10% due to the spread of Covid-19", which "may lead to delays of treatment".

Paris has not been a city of light for years @Anne_Hidalgo turned it into an open dump! #rassageparispic.twitter.com/xvk5hpZ2fu

For their part, the right-wing elected officials in a press release asked for the organization of the Paris Council "of an exceptional meeting devoted to the cleanliness, the salubrity of the public space".

"It is time for Ms. Hidalgo and her allies to open their eyes to the decline of Paris. Behind these photos, there is insecurity, ghettoization, the social and economic decline of Paris!", Mayor LR said on Twitter. of the XNUMXth district Rachida Dati.

"We cannot remain deaf to the spontaneous appeal of Parisians," added the president of the LR Paris federation Agnès Evren.

The president of the National Rally Marine Le Pen also reacted, estimating in a tweet that "the degradation of our beautiful capital by the Hidalgo team is a national suffering which should not leave any French indifferent".

The anonymous PanamePropre account, which claims authorship of the hashtag #saccageparis, said it did not think it "would take this magnitude." But "the current disaster could not remain without massive reaction", according to him.

The mayor of Paris, attacked for several days on social networks for the cleanliness of the streets of the capital, demanded Tuesday on RTL "more sanctions" against the perpetrators of incivility, through the voice of the first deputy Emmanuel Grégoire.

"We must give more power to the municipalities to be able to increase the fines to sanction this incivility much harsher", claimed the deputy mayor PS Anne Hidalgo, potential candidate of the left for the presidential election. "Repression is not the only weapon we need, but it is extremely useful for the most criminal behavior."

"It is also through education and the organization of the public service that we are trying to improve the situation," added the elected Socialist, according to which "cleanliness has always been a problem in Paris".

"This has always been the situation of a city which is dense, in which there are a lot of inhabitants and on which we are mobilizing exceptional resources, in particular in the Covid context (which causes) a lot of disruption in the functioning of the City, including that of public services, "explained Mr. Grégoire.

The EELV deputy for the transformation of public space David Belliard echoed him by denouncing on RFI a "very instrumentalized campaign", while also acknowledging "a certain number of cleanliness problems" which "became more pronounced with the crisis sanitary ".

In its response to the controversy, the City specified that "2.500 agents intervene every day" and "throughout Paris", but that the workforce was "currently reduced by 10% due to the spread of Covid-19", this which "may cause processing delays".