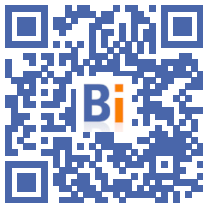 The growth forecast for France in 2023, set at 1% by the government, is "credible and proactive", insisted Monday, September 26 Bruno Le Maire, at the exit of the Council of Ministers.

The Minister of the Economy was speaking the day after criticism from the High Council of Public Finances (HCFP), which deemed the growth forecast "a little high".

The 1% target is significantly higher than the expectations of the Banque de France (0,8% in the best case scenario and 0,5% according to its central scenario) and the OECD (0,6%).

Earlier in the day, Bruno Le Maire had stressed to journalists that the 1% target was an "ambition" rather than a "certainty".

“By definition it is a forecast, there is never certainty but there is an ambition, that of having positive growth in 2023. All of this depends on geopolitical hazards and in particular the war in Ukraine”, explained the number two of the government on the occasion of the presentation of the draft budget of France for 2023.

“But we maintain that the French economy is resisting in 2022, and that the fundamentals remain solid,” he continued, citing the good performance of “investments, employment and demand”.

According to the draft budget, household consumption expenditure should increase by 1,4% in 2023, and business investment (excluding construction) by 0,9%.

Reacting to the doubts expressed by the HCFP, Bruno Le Maire assured that "all criticism in terms of public finances" was "welcome".

While HCFP boss Pierre Moscovici called on the government in early September to avoid tax cuts not offset by new revenue, the minister recalled that the government had given up on reducing inheritance tax in 2023, and spread over two years the abolition of the CVAE, a production tax.