The Court of Cassation examines Thursday, September 22 the rare cancellation of the Chaufferie trial 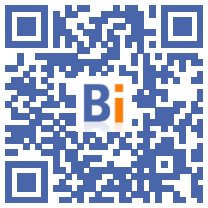 The Court of Cassation examines Thursday, September 22 the extremely rare cancellation of a vast trial for corruption, that of the "boiler room of the Defense", canceled for "unreasonable" duration of an investigation: nearly twenty years.

This examination, eagerly awaited by the legal world, should make it possible to settle several points. Is a very long investigation, in itself, an infringement of the rights of the defense? Or should it be assessed on a case-by-case basis and concretely identify what attacks have been made on the defence?

And if this unreasonable delay is well established, should the entire procedure be canceled? Or, judge the case but seek financial compensation?

Until now, the answer has been financial compensation. But the Nanterre Criminal Court, then the Versailles Court of Appeal, moved away from the case law of the Court of Cassation and ruled for the sanction in the Chaufferie case, invalidating nearly twenty years of proceedings.

In this case, five business leaders are accused of having distorted, between 1999 and 2003, the awarding of the lucrative contract for heating and air conditioning in the business district of La Défense, at the gates of Paris in the Hauts-de-France region. -Seine, estimated at several hundred million euros.

They were to appear on January 11, 2021 in Nanterre, in the absence of a key protagonist, the former senator and mayor of Puteaux (UMP) Charles Ceccaldi-Raynaud, indicted in 2007 and died in 2019.

On the first day of the trial, the court decided to cancel all the acts of investigation, arguing that the right of the defendants to be tried within a reasonable time, enshrined in European law, had been violated.

"A before and an after"

In its 29-page decision, the court meticulously detailed the timeline.

Did the complexity of the case justify this duration? No, answers the court: "the nature of the offenses prosecuted and the number of people implicated" did not present an "exceptional character".

Have the judicial authorities been responsive? No, despite seven investigating judges and a "totally unusual" length of the investigation, there was no confrontation between the defendants suspected of corruption and the alleged beneficiary, Charles Ceccaldi-Raynaud.

Shortcomings which could not have been remedied by a trial, according to the court: the former mayor died and two of the defendants could not "account for their actions" at the hearing, one being almost a century old and the other has Parkinson's.

Three days later, the Nanterre prosecutor's office appealed, arguing in particular that there was no "old age excuse" to be granted.

Before the Versailles Court of Appeal, the public prosecutor's office had requested the medical expertise of the two oldest defendants, in order to pave the way for a new trial. But the annulment of the trial for corruption had been confirmed.

The Court of Appeal, however, ordered the holding of a trial on another aspect of the case, where civil parties were formed and where two men, younger and still able to defend themselves, must be tried according to the court. , for misuse of corporate assets.

The public prosecutor's office appealed to the Court of Cassation. And it is this appeal which is examined Thursday by the highest judicial court.

"There is a before and an after the Chaufferie de la Défense", comments to AFP a magistrate in the Paris suburbs. Because of the "personalities involved", this file has given visibility to the question of the reasonable time, she believes.

For Olivier Baratelli, lawyer for one of the defendants, Jean Bonnefont, a 99-year-old former leader of the former Charbonnages de France, this cancellation contributed to "writing judicial history". "The main European principles are finally entering French law: a breath of fresh air," he told AFP.

Others qualify. Lawyer Olivier Morice, who recently obtained two judgments of annulment, "does not see in the Boiler room the origin of a turning point, but an inevitable step forward".

Since then, at least half a dozen similar decisions have been handed down, almost all appealed. Trials relating to very old facts have also been postponed, pending the decision of the Court of Cassation.