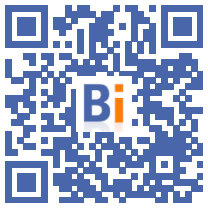 The Court of Auditors strongly criticized on Wednesday June 22 the "unfunded" apprenticeship reform of 2018, whose "undeniable" quantitative success was achieved at the cost of a "doubling" of the cost while benefiting young people little having the most difficulty finding employment.

"Work-study is experiencing a financial impasse", underlines the Court in a dedicated report and a referral to the Ministers of the Economy and Labor on the "worrying financial situation" of France competences, the organization which manages the work-study schemes and vocational training.

Forecast at 3,2 billion in 2021 - despite an exceptional subsidy of 2,75 billion - the deficit of France competences, which finances in particular apprentice training centers (CFA) from the contribution of companies, could climb to 5,9 .XNUMX billion this year, which will require a further financial boost.

In question, the reform of the financing combined with the explosion of the entries of young people in apprenticeship which has almost doubled in two years to reach the record level of 730.000 in 2021 and allowed an increase in the employment rate of young people.

"The development of the number of apprentices, the stated objective of the reform, was not anticipated, nor was the growth in the unit cost per apprentice", deplores the Court.

Since 2020, the financing of the CFAs is no longer based on regional subsidies supplementing the payments from companies, but on contract financing (5.000 euros for a CAP mason for example) in an open window logic.

This change has increased the average cost per apprentice "by at least 17%", according to the Court, which recommends a reduction in the levels of support, on the agenda of the next board of directors of France competences on June 30th.

Praised by Emmanuel Macron - who sets the target of one million apprentices for the second five-year term - this "unprecedented growth" in the number of apprentices is partly explained by the 2018 reform, which liberalized apprenticeship in terms of entry requirements and training provision.

But it is also due to the aid decided during the health crisis and paid since the start of the 2020 school year by the State. This bonus - 5.000 euros for a minor, 8.000 for an adult - makes the cost of the first year almost zero for the employer.

According to the Court, the total cost of apprenticeship expenditure doubled in 2021 to 11,3 billion euros, including 5,3 billion in CFA funding and 4 billion in exceptional aid.

The executive intends to extend this exceptional aid until the end of the year.

"It is particularly important that the national work-study strategy ensures the efficiency of public spending by prioritizing situations where learning brings real added value", warns the Court.

The increase in numbers has been mainly driven by higher education apprentices who have become the majority since 2020. However, from the license, "the added value on professional integration is low", according to the Court even if this "contributes to democratize, professionalize and finance higher education".

Another downside, the proliferation of training has taken place more in the tertiary sectors than in sectors under pressure such as industry or construction.

If the number of apprentices in the secondary increases little, "it is because of the profile of these increasingly young pupils at the end of the third class, not very mobile, probably hesitant to enter a more demanding training" , considers the Court for whom learning "remains poorly known and less considered" by college teachers.

It calls for "securing pathways by promoting bridges between school and learning" and strengthening support for young people to limit the rate of termination of contracts.