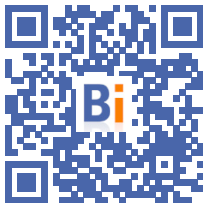 The Court of Auditors has published a flash audit on the MaPrimeRénov 'system, a housing energy renovation assistance program set up to achieve national objectives in the fight against global warming.

The program aims to renovate 500 homes per year and has therefore been opened, since 000, to almost all owners who can receive degressive aid according to their income level. The program is managed by the National Housing Agency (Anah). This system is funded until 2021 to the tune of € 2022 billion as part of the recovery plan. The accelerated - "flash" - procedure for analyzing the deployment of this new public aid measure makes it possible to make observations and observations useful for the pursuit of the policy of aid for thermal renovation in view of the importance of the stakes. of energy renovation and the resources deployed.

The massification of energy renovation: a new model

The implementation of the MaPrimeRénov 'system is part of a process of raising the ambitions of thermal renovation by the public authorities. Unlike previous measures, in particular the “Better Agility Living” program, MaPrimeRénov 'aid does not primarily aim to reduce the energy poverty of very modest homeowners, but to support energy renovation more broadly. By creating this mechanism, the State has thus favored the incentive through subsidies rather than tax reductions, in accordance with the recommendations made on several occasions by the Court.[1], which sees in them more efficient and better monitored instruments.

A successful implementation that raises budgetary and operational questions

The start-up of the system was successful and controlled. With 574 applications submitted and nearly 000 financed in just over a year, for an amount of bonuses of € 300 million, the MaPrimeRénov 'program responds well to the objectives of massification of energy renovation and its deployment can be considered as successful. However, its financial sustainability is not proven. The budgetary cost of the device, when it was launched, had in fact been poorly assessed, which necessitated several upward readjustments during the year 000. Then, if the objective of massification is very noticeable, the verification of the quality. and the effectiveness of work in the fight against heat sieves and energy poverty is not guaranteed. The debate between the supporters of massification, which allows us to hope for a first gesture of work by calling for others, and those of a more demanding approach in terms of energy savings and the social objective of reducing fuel poverty will have to find a balanced public response.

An assessment, no later than 2023 and to which the Court would be likely to contribute, will be necessary to assess the real flow of aid and the work carried out, the simplicity and speed of investigation and payment, as well as energy efficiency. , social and air quality issues of the MaPrimeRénov 'program.

[1] Court of Auditors, The efficiency of tax expenditures relating to sustainable development, communication to the Senate Finance Committee, September 2016.